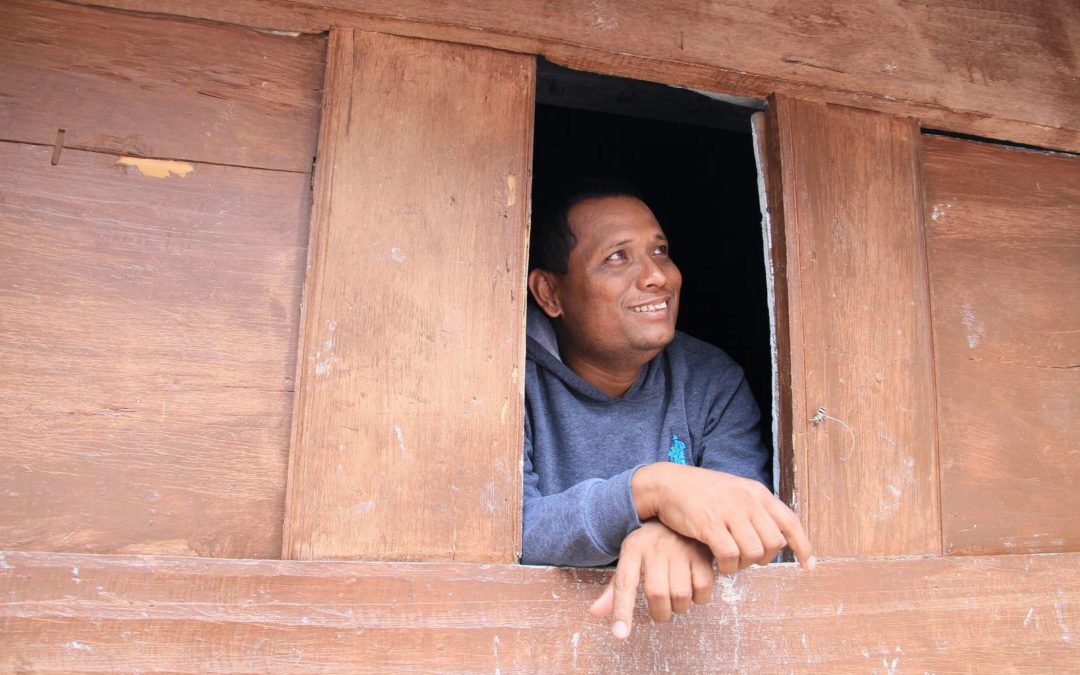 The story of Maulana, an Islamic terrorist persecutor from Indonesia.

The first brigade of jihad conquered all of Ambon Island. Our focussed activity was how to close churches. From the persecution, the Christian people do not fight back. When I saw children with no parents running around the church, I started feeling guilty.

As time passed, my heart became softer. Then love entered my heart. There was a change in my heart and I became sensitive and started to love them slowly. The love became thick. One night, while I was fasting and praying, I said, “God, you’re the one who created my heart, show me your righteousness.” In the middle of my heart-crying, I saw a man appear to me. There was fresh blood spattered at the bottom of his white robe. He greeted me with “Salaam Al I Kum,” (Peace be with you!) I tried to figure out whom I had seen in my vision. It could have been the angel of Gabriel, or Mohammed, or it could have been Nabi Isa. Maybe He was Jesus.

To earn an income, I became a distributor of an Islamic magazine in Solo, and then went to a small town called Desa Mangu. One day I was distributing magazines, and an old man called to me. He said, “Maulana, come here. I was waiting for you.” It was Friday at lunch time. He asked me to eat rice and noodle sarimi together with him. Then he prayed in the name of Jesus before eating. I was shocked!

After lunch, he brought me to a room, and he picked up a large Bible and opened it to John 14:27. It said, “I am leaving you with a gift – peace of mind and heart. And the peace I give is a gift the world cannot give. So don’t be troubled or afraid.” The mystery of the voice is Isa (Jesus). I confessed that Jesus is God! Jesus is great! And I cried and I received Him, Isa, as the people of Ambon whom I’ve persecuted.

Now that I believed Jesus was the Saviour, there was a miracle that happened in my life. What I received from God was an assignment, instead of regrets. My first Christmas morning as a Christian, I was walking with courage and joy on my way to church. But all of a sudden there was a group of young people standing in front of me. One of them knew me and asked, “Where are you going?”

I said, “To church.” They said, “Stop! You’re not going there!” Then punches from all directions came to my body. When I was there in the hospital, I prayed like Stephen prayed. “God, forgive them for they knew not what they were doing.” Spiritual strength from within!