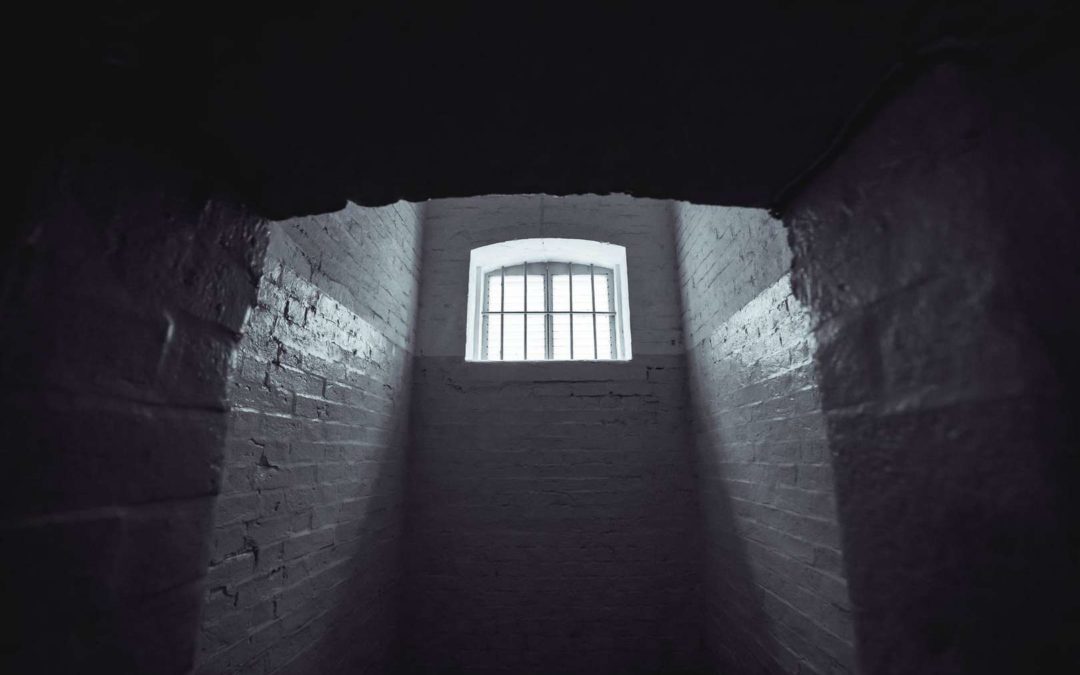 Iranian prisons like Evin are designed to cause visible signs of decline in their victims. Yet Farshid Fathi leaves an entirely different impression. Farshid was incarcerated in a wave of arrests of Christians in December 2010. He was held for five years – the first of which was spent in solitary confinement in a tiny cell in Evin. But he does not look, or sound, like a victim.

Rather, Farshid looks and sounds like someone who has seen Jesus fulfilling His promise: “I will be with you even to the end of the age” (Matthew 28:20). Asked what sustained him in prison, Farshid replies: “A number of things kept me going, the greatest of which was a different kind of relationship with the Holy Spirit. He gave me the deepest sense of encouragement and peace. I tasted grace in a new way, which strengthened me.”

A CHOICE – ESCAPE OR PRISON
Another amazing aspect of the story is the choice he was given by the circumstances surrounding his arrest. “I was staying with my family at my mother-in-law’s home,” Farshid recalls. “We didn’t know there was a plan to attack and arrest all the pastors serving in our group of house churches. They arrived at 6 a.m. to arrest my mother-in-law and brother-in-law, both of whom were serving in the church.”

Security officers held Farshid for several hours before they let him go. They were unaware that not only was he a Christian, he was also the church’s lead pastor. But a few minutes later, he received a call from his own home telephone number. Security officers had also gone to Farshid’s house, where they broke down the door. It was one of these officers who called Farshid, telling him to go home and give himself up.

“For me, that was a fateful moment,” says Farshid. “The choice was either to go into hiding, or – as lead pastor and the person who had started the group of house churches in 2005 – to go and join in the suffering of my brothers.”

Farshid stayed. “That day, I chose to say goodbye to my children, and – as I could not rescue my fellow servants – to at least be present with them and share in their suffering.”

HOPE FOR THE FUTURE
Farshid’s own take on his experience is distinctly New Testament. “From the time I came to faith in Christ 24 years ago, as is true for all like me who come from an Islamic background, I knew that [persecution] would be on the cards,” he says. “Jesus said, ‘In this world you will have trouble,’ so it was not a surprise when it came.”

According to Farshid, prison even offered a rare opportunity: the chance to come together with four or five other Christians and spend years living as a close-knit community. “On Sundays, four dear friends would come to my bunk, that being the only place in prison that is your own private space,” Farshid explains. “Imagine my bunk: 1.9 meters long, 80cm wide, and 70cm high – and we five men would sit more or less on top of one another.

“CELL” CHURCH
“We had produced our own hymnbooks, based on what songs each of us could remember, and fortunately, we had been able to bring our Bibles. So we studied the Word, and we prayed. Sometimes the prayers would go on for some time, and someone might be sitting on my legs and my foot would go to sleep, and I would have to whisper, ‘Brother, please move a little’ – but on that bunk we were able to have communion. This was our church life.”

(The original story has been shortened.)
Source: SAT-7