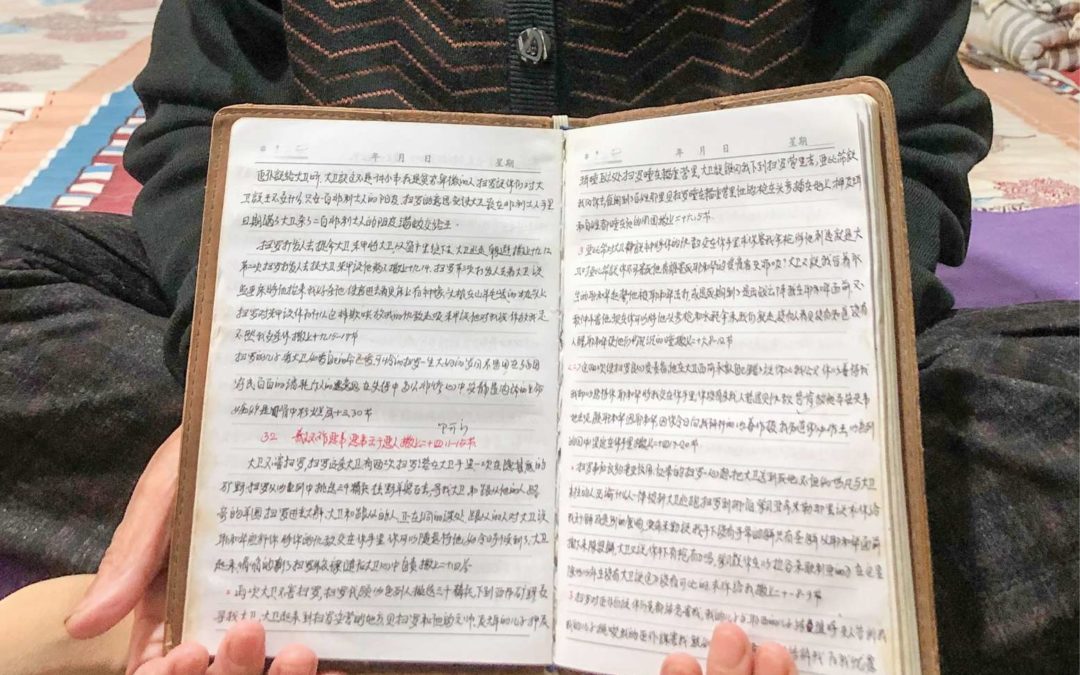 Gao Shao Xiu lived in constant pain when she was a child. Doctors diagnosed her with inflammation of the brain (she later learned it was liver damage) and told her parents not to invest too much money or education in her because she would not live long. But her parents, who loved her deeply, sought help for her at one hospital after another for 10 years.

When Gao was 15, a man persuaded her parents that he could heal her in three months, and he soon moved into the family home. One night, however, he disappeared, along with the funds Gao’s parents had given him. Gao’s hope of being free from pain faded again, and her parents began planning her funeral. “I was patiently waiting to die,” she said.

UNEXPECTED VISITORS
At this point of resignation, two Christians who had heard about Gao’s situation travelled more than 30 miles to visit her and her family. They shared the Gospel with the family and told them about a living God who was capable of healing Gao. “My father was sceptical after the quack doctor,” Gao said, “but he allowed them to stay anyway.”

Instead of asking for money, the Christians prayed for three days. And for the first time in Gao’s life, she was free of pain. “It was then my father chose to believe in the Lord,” she said, “and he publicly dedicated me to God.” A short time later, Gao also placed her faith in Christ.

Gao and her family began attending an illegal house-church, but Bibles were scarce and they had never even seen an entire copy. The house-church had only a few chapters of the Bible that had been hand-copied and passed along.

HAND-COPYING THE BIBLE
Since Gao had missed a lot of school as a child, she decided she could advance her education by hand-copying the church’s few Bible chapters. And she found that the more she copied, the healthier she grew. Over time, her church acquired more Bible portions and eventually had a complete Bible. Gao continued to meticulously hand-copy the Bible, character by character.

When Communist Chairman Mao Zedong launched the Cultural Revolution in 1966, Gao was among the many Chinese Christians persecuted for their faith. At one point, she was tied up and marched through the streets with a sign on her chest that said “antigovernment.”

“I did not renounce my God,” she said. “I knew He was real, He was powerful, and because of Him, I was not dead.”

MOST VITAL RESOURCE
Copying the Bible had firmly grounded Gao in the truths of Scripture. “In God’s Word, I found truth, life itself and clear guidance to the path I should be on,” she said.

Now in her 80s, Gao continues to serve as a preacher and church leader under today’s increasing government restrictions. Though Bibles are now easier to obtain, Gao continues the discipline of hand-copying passages of Scripture. “Today, this same book is the most vital resource in my life,” she said. “Thank you to those who provide the words of life to Christians here in China.”

Source: The Voice of the Martyrs