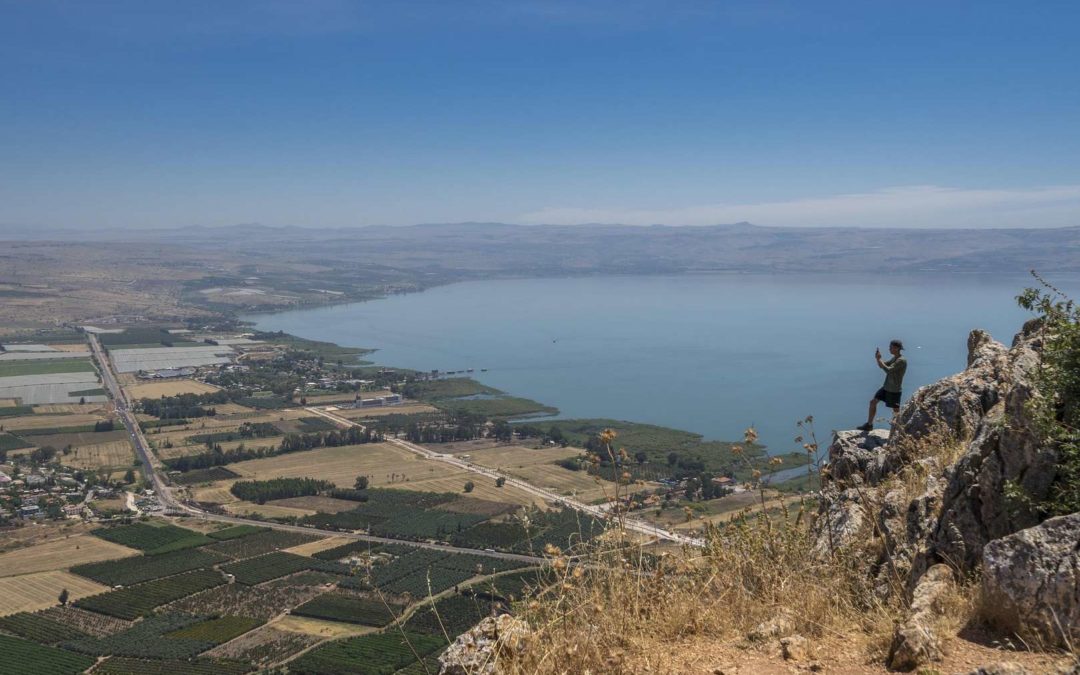 Ranya*, a long-term worker in Israel, joined the short-term programme Voices in the Wilderness for a day as the team hiked from Mount Arbel to Ginosar. Looking down from the top of the mountain, they saw a beautiful view of the Sea of Galilee and the city around. “This is where miracles happened!” Ranya thought. Little did she know that God would use that hike to show her that He was still working in the Holy Land.

As the group made their way down Mount Arbel, they could see a small village. The hike leader had pointed at the village from the top of the mountain, and he noted that the town seemed deserted and that there was no one out on the streets. He showed the team the one mosque in the middle of town. Ranya realised that as a team, no one from OM had done any outreach in this little town, but she was ready to continue with her hike. Instead, the hike leader stopped the group and had them take a seat in the middle of the trail while looking down over the town, to pray for open doors. The group prayed, then finished their hike.

OPEN DOOR IN THE VILLAGE
One month later, Ranya got an email from a short-term participant, asking if she would be willing to visit a Muslim lady that had opened her home to them during the Hope of Israel (HOI) outreach. The HOI team had given the woman a New Testament and wanted to connect her with a local believer before they headed back to their individual countries.

Ranya arranged to visit the woman, along with the three HOI participants who had initially spent time with her. To Ranya’s surprise, as they walked to the village, it was the same village she had prayed over from the top of Mount Arbel.

The woman in the village welcomed the group, and when they asked her if she read the New Testament, she replied: “I know the difference between Christianity and Islam. Christians believe in their heart, new birth and faith from the heart, but Islam is all about doing and works.” Encouraged by her answer, the HOI team shared their faith, testimonies and the plan of salvation.

Recalling the visit, Ranya said: “Immediately we knew that the Lord is more powerful than we think or imagine. The Lord indeed opened doors, but more than just doors He opened the hearts of the people of this village. When we pray, we should pray by faith that the Lord indeed answers our prayers.”

JESUS MAKES US ONE FAMILY
Ranya first learnt of God’s love from her parents, who are Arab Christians living in Nazareth. As an Arab, Ranya explained that people expect her to show disdain to Jewish people, but as a Christian, Ranya has defied those expectations. She has had people ask her why she shows kindness instead of hatred, and her answer surprises them – because she is a follower of Yeshua!

“The response of Jewish people hearing love from an Arab when they expect hate is very impactful—it becomes the true gospel. It is more than just words. This is a living manifestation of the Holy Spirit. This is a testimony to the non-believers how Jews and Arabs can love each other unconditionally. But it is also a testimony to the believers that we don’t need to huddle around in our own little groups—we need to be a living body to function together,” she explained.

* Name changed for security reasons
(The original story has been shortened. Find the full story on the OM website)
Source: OM