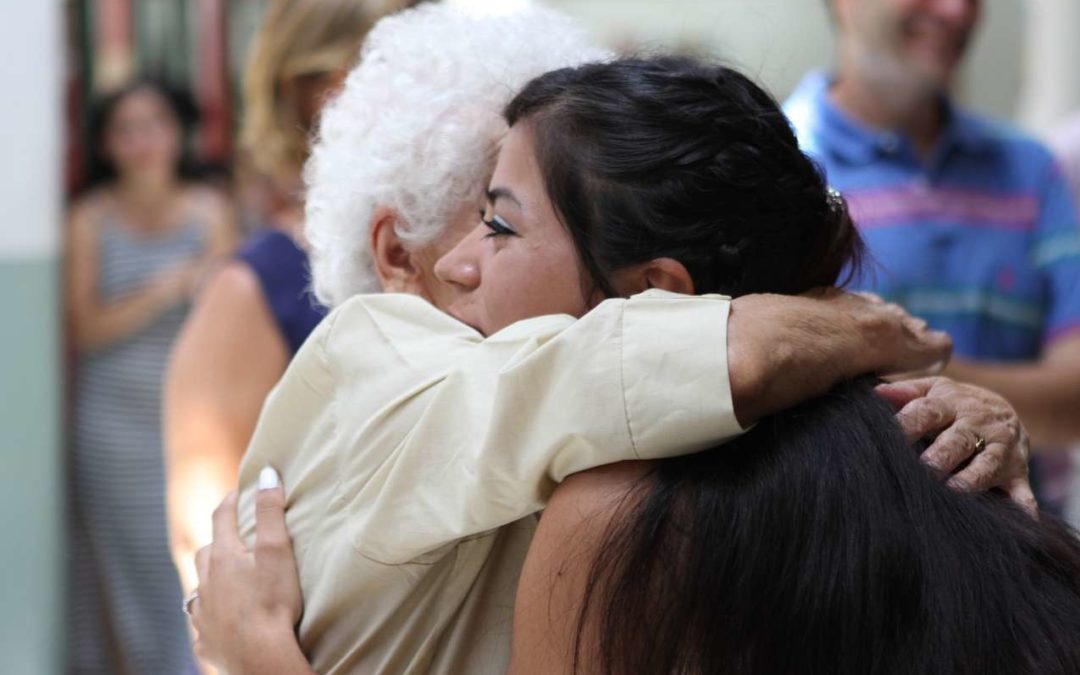 World War II had been over for 6 years, but Sarah Rabinovitch’s life was still hanging in the balance. Her family survived the Holocaust, but now they were attempting something that people often lost their lives doing. In 1951, they boarded a ship in the dead of winter from Europe to Haifa, Israel. For Jews who lived through Hitler’s Final Solution, it was the promised land.

Help on the treacherous journey
When the family saw their accommodations on the ship that would be home for two weeks, their hearts sank. Soon Sarah was hungry and cold. People died on these immigrant ships. Many people. But if they could survive, it would all be worth it.

“On the ship, we met a Jewish family who believed Jesus was the Messiah. We had never heard of this strange belief and wondered how Jews could possibly fall into the trap of giving allegiance to the Christian God. Nazis and some of the Russians who tried to kill us, also believed in this Christian God.

“But we were taken aback by their kindness. They cared for us and brought food they were saving from the meals they were given on the upper cabin floor they stayed on. They gave us blankets and coats to wear too. Why did they care for us when no one else did?

“When we finally made it to Israel, we had nothing like most of the survivors. But we were not alone! Our friends we met on the ship helped us again and gave food to us when our rations were out. They truly loved us. Maybe there was a difference between people who called themselves “Christians” like the Nazis, and those who tried to live like Jesus.”

More Messianics
Over the next several decades, Sarah did not have much contact with Jewish believers or “Messianics” as they are often called. But one day, Beit Sar Shalom (House of the Prince of Peace) called and invited Sarah to a dinner to honour Holocaust Survivors.

“I met amazing people! Survivors often are overlooked in Israel and we’re from the generation that many Israelis would like to forget. But here were these wonderful people who loved and served us just like the family on the ship all those years ago. We also heard words from the New Testament about Jesus today and I felt something warm in my heart.

“But I was scared. I had always been told that if I loved Jesus then I would no longer be Jewish. I was warned to stay away from Messianics. The two could not coexist. But how could that be? Jesus was Jewish and I was so drawn to Him.”

Then, the Uncharted Team hosted a Holocaust Survivor banquet with Beit Sar Shalom in Jerusalem. It had been 69 years since she first heard that Jesus was the Anointed One who came to save Israel. She not only heard about Jesus on that immigrant ship, she also watched people who loved Jesus in action. He filled their hearts with love that she would never forget. She was just a young teenager at the time and now she was in her 80’s. But it was as if it was yesterday.

Sarah had one question: “If I give my life to Jesus, can I still be Jewish?”

The answer: “Of course you will still be Jewish! Following Jesus is the most Jewish thing you can do! It doesn’t change your ethnicity, but it does trade in religion for a relationship with the Living God.”

Great joy
Sarah Rabinovitch went on to tell how she had already confessed Jesus as Lord and believed that He died for her and rose again, and that her grandson has also given his life to Jesus the Jewish Messiah! There was a whole lot of joy in Jerusalem that day!