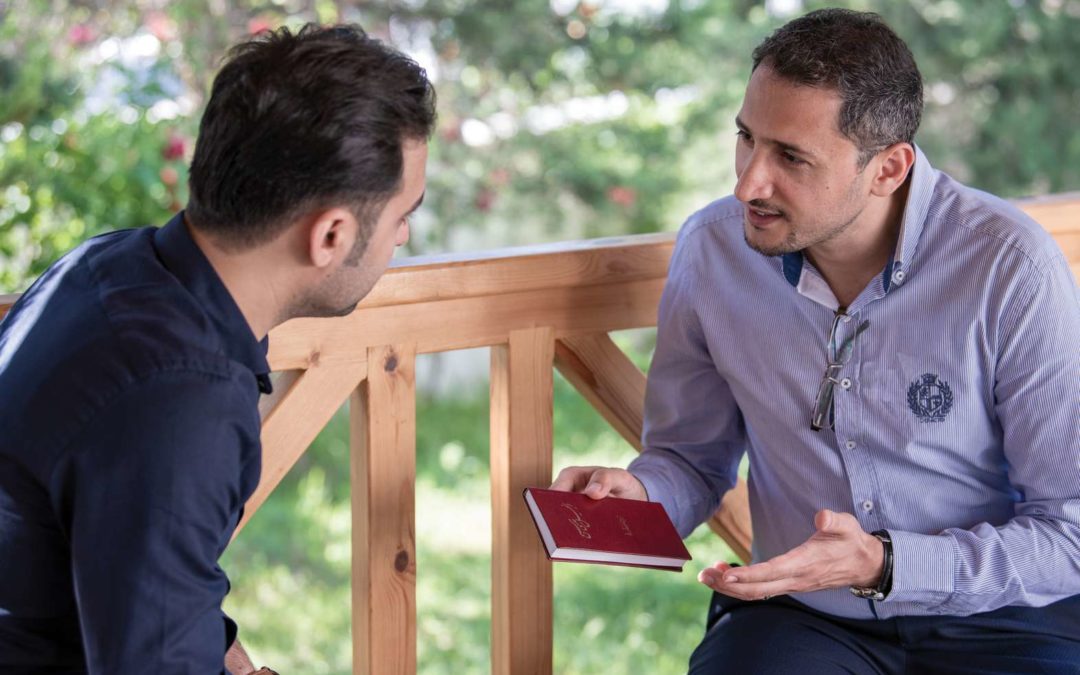 In 2007, Masood decided to visit his brother, Reza, in prison one last time before his execution. But to Masood’s surprise, Reza didn’t need to be comforted.

AT PEACE
“I thought that I would find him worried and upset, but he was very peaceful and greeted me with a smile and a face full of hope,” Masood said. “I was wanting to comfort him, but in that short time before his death he said to me, ‘Do you know the reason for my peace and strength of heart?’”

Reza then told Masood about a pastor he had met in prison named Amir, who had told him about Jesus Christ, despite it being illegal to lead others to Christ in Iran.

“Two days ago, I received new life and I am no longer afraid of death,” Reza told Masood. “I know that the Lord Jesus Christ has accepted me and that I am going to be with Him. So don’t worry about me.” Reza then urged Masood to put his faith in Jesus and seek forgiveness of his sins so that he, too, could find salvation through Christ.

“Then they took my brother and led him away to be executed. I saw that as my brother went, he was at peace and worshiping the Lord.”

After Reza’s execution, Masood followed his brother’s example and placed his faith in Christ. “Before all this, I was addicted to drugs and even sold drugs,” Masood said, “but Christ delivered me from all these bondages.”

Masood searched for Pastor Amir for years but found no trace of him. Then, he got the name of an Iranian pastor who might be of help. The pastor knew Amir, but had not been in contact with him. He had, however, heard the story of Reza’s salvation before — from Amir in 2014.

FAITHFULLY SHARING THE GOSPEL
According to the pastor, Amir considered Reza one of the most restless inmates in the prison. He was uncontrollable and had a bad temper. Nobody liked him. But when Reza heard the Gospel from Amir, he sensed a spirit of love and peace that convicted him.

“My friend, what are you doing here?” Reza asked Amir. “How come a good person like you ended up here? I have committed murder and should be here, but what have you done?”

“I am in here just for you,” Amir replied, “so that you today can hear the Gospel and be saved and set free!”

Overwhelmed with emotion, Reza grabbed Amir and said, “Do you think God puts such value on a bad, wicked person like me … that He would send someone like you as His representative to me?”

“Please pray for me,” Reza said tearfully, “and help me to find salvation like that thief.”

Reza committed himself to Christ and received his new life that day. His behaviour, speech and even his appearance changed. Two days later, he was transferred to another prison, where he was executed the following day.

According to the pastor, Reza was grateful that the Lord had sent Amir to prison in order to save an unworthy sinner like himself. And before his execution, he apologised to the other prisoners for his behaviour and shared his testimony with all of them.

GOD MULTIPLIES
After hearing the story of his brother’s salvation, Masood began to share it along with his own testimony, and some of his Iranian Muslim friends then came to faith in Christ, too. While Amir may never know about the new life he helped give Masood and his Muslim friends, in God’s perfect plan his faithful witness to one condemned murderer granted eternal freedom to many.

Source: Voice of the Martyrs