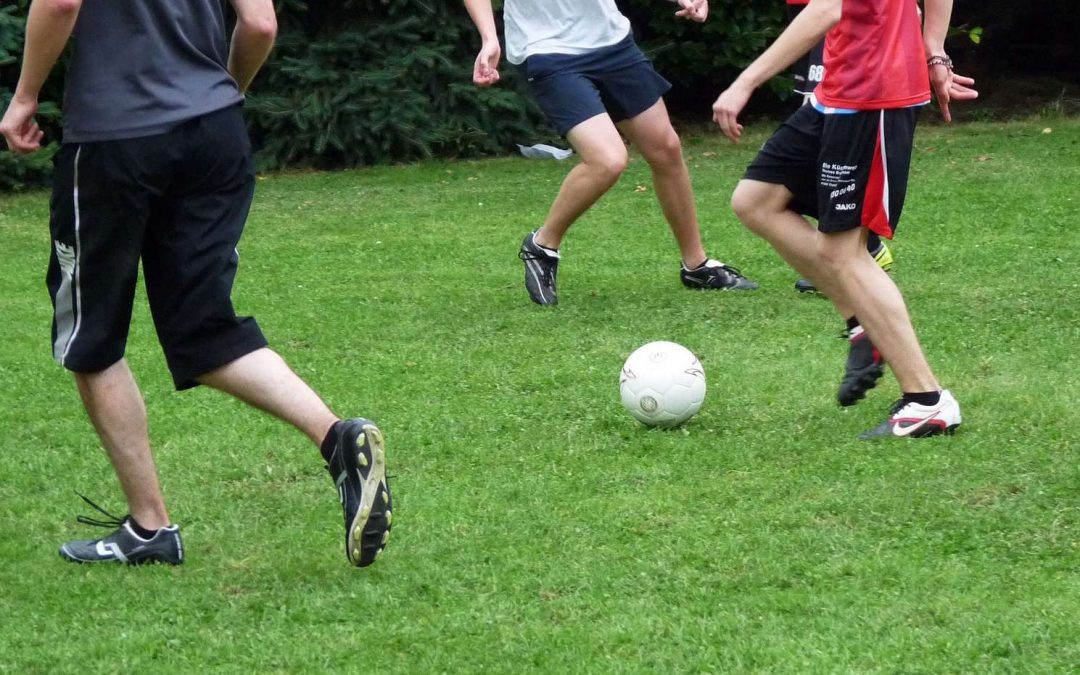 Let them realise they are a chosen generation, a royal priesthood,
a holy nation, God’s own special people.

Young people are extremely vulnerable to peer pressure. They are easily drawn into experimenting with seemingly innocent things like alcohol, drugs, pornography and more. Teenagers think these things will enhance their image or make them feel part of the group. Sadly, it is only when a friend dies of an overdose, is raped or falls pregnant, or their relationships with family and friends fall apart, that teenagers realise the dangers. Will you, as a teenager, consider praying for the protection of yourself and other teenagers from these destructive temptations?

A study has found that children and teenagers who skip breakfast are more than twice as likely to be overweight or obese than those who eat two morning meals. Previous research has shown that eating breakfast is linked to improved academic performance, better health, and healthy body weight for students.

Children with obesity are at higher risk of having other chronic health conditions and diseases, such as asthma, sleep apnea, bone and joint problems, and type 2 diabetes. Type 2 diabetes is increasingly being reported among children who are overweight. The onset of diabetes in children can lead to heart disease and kidney failure. Children with obesity also have more risk factors for heart disease, like high blood pressure and high cholesterol, than their normal weight peers. In a population-based sample of 5- to 17-year-olds, almost 60% of children who were overweight had at least one risk factor for cardiovascular disease (CVD), and 25% had two or more CVD risk factors. *

Lord, I pray for young people to become established in healthy habits like eating correctly, exercising and socialising sensibly. Help us to realise our bodies are a temple of Your Holy Spirit and that we were bought at a price. Help us to glorify God in our bodies and in our spirit which belongs to You alone (1 Corinthians 6:19).

In 2012, True Research conducted 2,017 online interviews with teens, ages 13-17, and parents of teens. They found that 71% of teens have done something to hide what they do online from their parents (this includes clearing browser history, minimising a browser when in view, deleting inappropriate videos, lying about behaviour, using a phone instead of a computer, blocking parents with social media privacy settings, using private browsing, disabling parental controls, or having e-mail or social media accounts unknown to parents).

32% of teens admit to intentionally accessing nude or pornographic content online. Of these, 43% do so on a weekly basis. Only 12% of parents knew their teens were accessing pornography. **

Lord, I pray for my peers to watch out for the trap of pornography and becoming addicted to it. Help us understand that it is truly dangerous and harmful to the mind and spirit. As young people we submit to You. Strengthen us to resist the devil in Your Name. Teach us how to draw near to You, urge our generation to cleanse their hands and purify their hearts. “Therefore submit to God. Resist the devil and he will flee from you. Draw near to God and He will draw near to you. Cleanse your hands, you sinners; and purify your hearts, you double-minded.” (James 4:7-8).

Teens who abuse drugs may have a greater risk of developing an addiction when they are adults. It’s important to know the difference between drug abuse and addiction. Many teens experiment with drugs, but are not addicted. Teen drug abuse can have long-term cognitive and behavioural effects since the teenage brain is still developing. A 2010 study reports that 12% of all South African learners have used at least one illegal drug, including heroin, Mandrax and cocaine. This figure is one of the highest in the African region. South Africa is the largest abuser of Mandrax in the world. Statistics show that Mandrax with Dagga is still the drug of preference in the largest parts of South Africa. Mandrax is mainly sold in the form of a tablet and is highly addictive. According to the South African Community Epidemiology Network on Drug Use (SACENDU) report from March 2017, the proportion of patients aged 10-19 increased to 29%. Drug use among South Africa’s youth is rife and unfortunately continues to escalate. The average age of experimentation in South Africa is 12 and becoming younger, according to Shelley Andersen, accredited addictions counsellor at Akeso Clinic Umhlanga.***

Lord, I pray for protection over teenagers who fall prey to peer pressure and lose their dignity. Help them realise the dangers and to say no to drugs and sex. Protect them from falling victim to robbery, physical abuse and violence or rape.

Binge drinking (having more than 5 drinks in a few hours) is becoming a great problem among teenagers. It causes alcohol poisoning and high blood pressure. It may cause heart failure, a stroke or suffocation if a person should pass out. Hospitals report that it is especially over the December holidays that teenagers who were left to care for themselves were treated for injuries, or in extreme cases, because their parents or guardians were too drunk themselves to do so.

Large amounts of alcohol inhibit self-consciousness and self-control, and very often lead to and encourage irresponsible behaviour. While under the influence, teenagers are more likely to try drugs and have sex. It also increases exposure to being robbed, attacked and raped.

Did you know, a study reports that:

Helpline: Alcoholics Anonymous South Africa, National Helpline: 0861 HELP AA (435-722). Available for calls from South Africa only. For callers from outside South Africa, please call an area office below as +27 (XX) …-…. [delete the first “0” from the brackets below].

Lord, I pray for parents and guardians who do not conduct themselves according to Your will. Please show them the truth of Jesus Christ. I cry out for teenagers who follow their example, or who drink for fun and become alcoholics. Please help them acknowledge their addiction and that they need help. Let them realise they are a chosen generation, a royal priesthood, a holy nation, Your own special people, that they may proclaim Your praises who called them out of darkness into Your marvellous light (1 Peter 2:9).

If a teenager is fascinated by a hobby, feels captivated by it, and would like to spend as much time as possible pursuing it, this could be an outlet for learning, creativity, and self-expression. But when there is a degree of addiction the bad outweighs the good, resulting in serious disturbances in one’s ability to function in the “real” world.

Brad Huddleston, author of Digital Cocaine, says any digital activity for more than one hour pushes adrenal systems over the edge. Two hours of gaming has the same impact as snorting one line of cocaine. *****

Intense exposure to digital technology can cause neurological and psychological problems. After investing millions in neuro-scientific research the South Korean government decided to open 200 detox centres for technology. Studies on the iphone in 2007 revealed that the brain actually undergoes physical and chemical changes. MRI scans show erosion of executive attention network in the frontal lobe. The brain is rewired for instant gratification and has to constantly be stimulated. Modern day teenagers find it impossible to sleep without music, depriving them of essential REM and deep sleep.

Lord, I pray for myself and other teenagers to recognise the line between enjoying games and becoming addicted. I ask that teenagers might wilfully restrict themselves from spending too much time playing games on the Internet or television. Also protect them from becoming involved with child predators on social media. Help Christian teenagers to remember that they were raised with Christ in their lives, so that they might seek things above, where Christ is, sitting at the right hand of God. Help them set their minds on things above, not things on earth (Colossians 3:1-2).

(All references used are provided in the PDF) 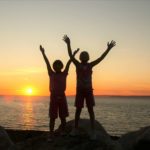 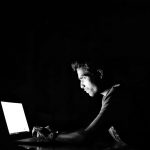 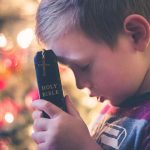 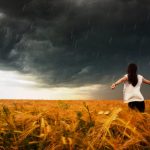 With God in the Eye of the Storm