South Asia has the greatest concentration of unsaved people in the world. Of 1.5 billion people, 969 million South Asians (including 80% of India’s population) still worship Hindu idols made by human hands.

Kumbh Mela is a mass Hindu pilgrimage where Hindus gather at the Ganges River or Godavari River in India. The reason for this pilgrimage is that Hindus believe the account which says that the demi-gods lost their strength by a curse. To regain their strength, they prayed to Lord Vishnu, who told them about the ocean of milk for amrita (the nectar of immortality/to live forever). The demi-gods were required to make a temporary agreement with their arch enemies, the demons (or Asuras) and work together, promising to share the wealth equally thereafter. However, when the Kumbh (urn) containing the amrita appeared, a fight ensued. For twelve days and twelve nights (equivalent to twelve human years), the demi-gods and demons fought in the sky for the pot of amrita. It is believed that during the battle, Lord Vishnu flew away with the Kumbh, spilling drops of amrita in four places: Prayagraj (formerly Allahabad), Haridwar, Ujjain and Nashik. The Kumbh Mela rotates between these four cities in modern-day festivals. Take time to find these cities on a world map.

As you learn more about the Ardh Kumbh Mela Festival in this article, cry out to the Lord Jesus to reveal Himself to millions of Hindu people during the Festival as the one and only God who can cleanse us from sin.

Prayagraj, ‘City of God’
Prayagraj is a city of 2.3 million people, but during Kumbh Mela its population swells tremendously. An estimated 120 million people visited Maha Kumbh Mela in 2013 in Prayagraj over two months, with over 30 million people visiting on one single day – 10 February 2013! This day was Mauni Amavasya, when the new moon was in its lunar phase and thus not visible. This is believed by Hindus to be a time of great power. It is expected that more than 120 million people will attend the Ardh Kumbh Mela Festival this year. Hindus believe Brahman, the Hindu god of creation, made his first sacrifice in Prayagraj after creating the world. Here, three rivers considered holy by Hindus meet, including the invisible vertical Saraswati River. This place is called the Sangam. Hindus believe gods come to the Sangam to bathe, so it is the holiest place.
Pray the Word: … you should no longer walk as the rest of the Gentiles walk, in the futility of their mind, having their understanding darkened, being alienated from the life of God, because of the ignorance that is in them, because of the blindness of their heart; who, being past feeling, have given themselves over to lewdness, to work all uncleanness with greediness. …be renewed in the spirit of your mind, and (…) put on the new man which was created according to God, in true righteousness and holiness. (Ephesians 4:17-19, 23-24). Cry out to the Lord to show Hindu people that the gods they worship are demonic. Ask for their eyes to be opened to the one true living God, and for Jesus to reveal Himself to them in dreams and visions.

Bathing to obtain purification
There are two other rivers besides the Ganges at Prayagraj that are considered by Hindus to be holy: the Yamuna and the Saraswati Rivers. The main objective for most Kumbh Mela pilgrims is to have a sacred bath at the Sangam. It is believed that a bath in any one of the sacred rivers has purifying effect, but bathing at the confluence of the three rivers, increases one’s purification a hundred times. To take a bath at the Sangam during Kumbh Mela, increases one’s purification a thousand times.
Pray the Word: And you, being dead in your trespasses and the uncircumcision of your flesh, He has made alive together with Him, having forgiven you all trespasses, having wiped out the handwriting of requirements that was against us, which was contrary to us. And He has taken it out of the way, having nailed it to the cross. (Colossians 2:13-14). O, let us cry out to the Living God to show Hindu pilgrims that the way to the Father is through the atoning blood of His Son, Jesus Christ. Pray for many Christians at this time to reach out to Hindus with the message of the gospel. Pray for Hindu believers to grow in their understanding of the gospel, as they study the Bible and pray together. Ask for Hindu believers, who are sharing the gospel, to have boldness in the midst of persecution. Pray for those who hear the gospel to receive salvation.

Intercede for more Christians to pray faithfully
Indians enjoy a good cup of milk tea. Consider gathering a group of friends in your home or church this month for a time of tea and focused prayer for the souls of Hindu people.
Pray the Word: But the end of all things is at hand; therefore be serious and watchful in your prayers. (1 Peter 4:7). Ask the Lord to prompt Christians worldwide to pray faithfully for the millions of Hindu pilgrims attending this year’s Kumbh Mela. Pray through the prayer pointers contained in this article.

Significant bathing day: Paush Purnima (21 January 2019)
A significant bathing date is Paush Purnima, when the moon is full in the Hindu month of Paush. More will come by bus, train or on foot. Each day the population of Prayagraj will double!
Pray the Word: For the grace of God that brings salvation has appeared to all men, (…) we should live soberly, righteously, and godly in the present age… (Titus 2:11-12). Pray for the hundreds of thousands of pilgrims that have already arrived. Intercede on behalf of all Hindus who have never heard the name of Jesus. Pray for the Lord to send out workers among them, so they can hear the truth and be saved. Earnestly cry out to the Lord Jesus to reveal Himself to pilgrims looking for salvation, that they may come to know the Saviour.

All walks of life
No one is too young or too old for this occasion. Young mothers will sprinkle a few drops of the river’s water one the heads of their newborn babies, asking for good life and prosperity for them. Elderly couples ease themselves into the cold water. Some bathers make offerings of flowers, sweets and coloured dyes to the sacred waters, while others offer Vedic (Hindu sacred text) hymns.
Pray the Word: Whoever drinks of this water will thirst again, but whoever drinks of the water that I shall give him will never thirst. But the water that I shall give him will become in him a fountain of water springing up into everlasting life. (John 4:13-14). The chanting of “OM” (the supreme combination of letters) and Sanskrit mantras (from Hindu texts) issues from the lips of every pilgrim. Please pray earnestly today for the revelation of the Lord Jesus Christ as Lord over all – young and old – to those in search of what they perceive to be God.

Thousands upon thousands in the valley of decision
An entire city springs up along the banks of the river during the Kumbh Mela, complete with markets, hospitals, and even a tourist camp to accommodate visitors from foreign countries. Some of these visitors from abroad have never been to India before.
Pray the Word: Then they said to Him, “What shall we do, that we may work the works of God?” Jesus answered and said to them, “This is the work of God that you believe in Him whom He sent.” (John 6:28-29). Pray for tourists visiting India, whether Hindu or merely visiting out of curiosity, to hear the gospel of Jesus Christ. Ask for God to prepare their hearts to be open and receptive to the message of His love, knowing that they will be saved by faith and not by works.

Practicalities
The Indian government will spend more than the Kumbh 2019 budget estimate (over $5.9 million (USD)) on the preliminary organisation of the Kumbh Mela. This will make the mega pilgrimage in 2019 the costliest ever. The last full Kumbh Mela in 2013 cost less than a third of the amount that is estimated for 2019. Pilgrims walk in a ‘pop-up city’ of more than 300km of roads, nearly two-dozen pontoon bridges, a hospital, 40 police stations and 120,000 toilets. At night, the city is illuminated by more than 40,000 lights.
Pray the Word: Do not labour for the food which perishes, but for the food which endures to everlasting life, which the Son of Man will give you, because God the Father has set His seal on Him. (John 6:27). Take a moment to pray about each of the abovementioned items. Ask for Christians to make use of this opportunity to preach the gospel without shame or compromise.

This is only an abstract of the complete article. To pray though the complete prayer guide, you can download it as PDF at the link below.

More resources:
How to pray for Hindus
More about Hinduism 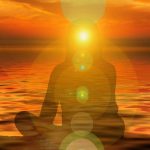 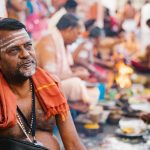 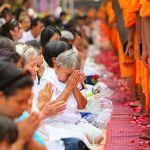 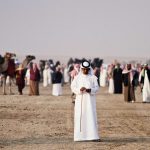