12 Characteristics of people who strive after holiness (Part 1) 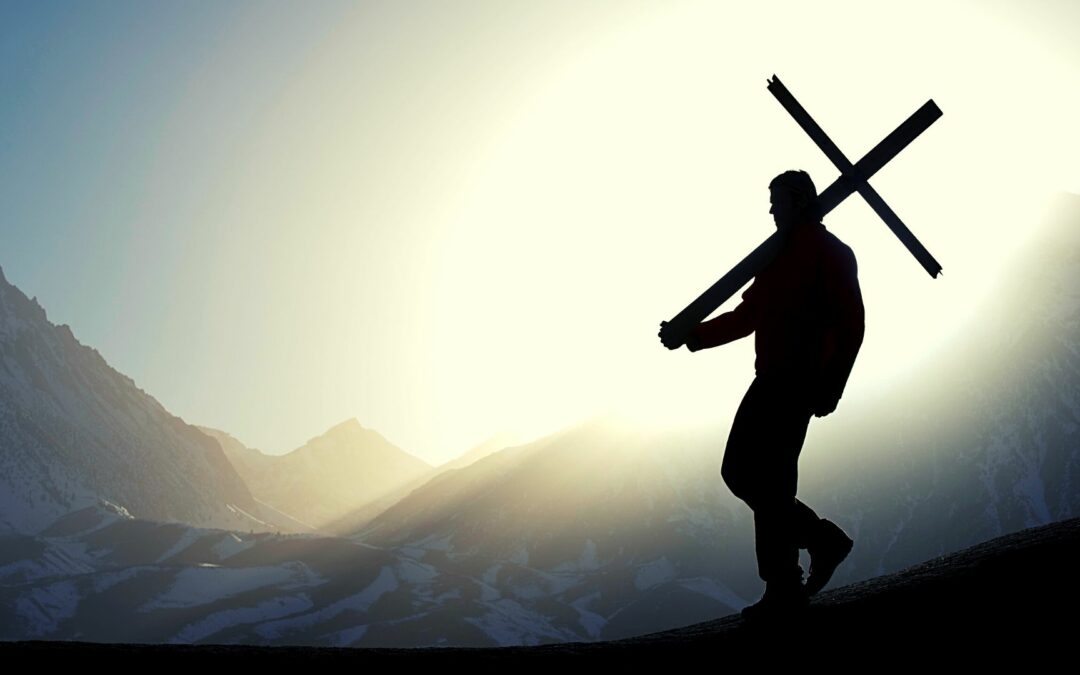 This is Part one of an excerpt from the book, “Holiness”, by J. C. Ryle.

What then is true practical holiness? Here are 12 characteristics of persons who strive after holiness:

1. Holiness is the habit of being of one mind with God, according as we find His mind described in Scripture. It is the habit of agreeing in God’s judgment, hating what He hates, loving what He loves, and measuring everything in this world by the standard of His Word. He who most entirely agrees with God, he is the most holy man.

2. A holy man will endeavor to shun every known sin and to keep every known commandment. He will have a decided bent of mind towards God, a hearty desire to do His will, a greater fear of displeasing Him than of displeasing the world, and a love to all His ways. He will feel what Paul felt when he said, “I delight in the law of God after the inward man” (Rom. 7:22), and what David felt when he said, “I esteem all Your precepts concerning all things to be right, and I hate every false way” (Ps. 119:128).

3. A holy man will strive to be like our Lord Jesus Christ. He will not only live the life of faith in Him and draw from Him all his daily peace and strength, but he will also labor to have the mind that was in Him and to be conformed to His image (Rom. 8:29). It will be his aim to bear with and forgive others, even as Christ forgave us; to be unselfish, even as Christ pleased not Himself; to walk in love, even as Christ loved us; to be lowly–minded and humble, even as Christ made Himself of no reputation and humbled Himself. He will remember that Christ was a faithful witness for the truth; that He came not to do His own will; that it was His meat and drink to do His Father’s will; that He would continually deny Himself in order to minister to others; that He was meek and patient under undeserved insults; that He thought more of godly poor men than of kings; that He was full of love and compassion to sinners; that He was bold and uncompromising in denouncing sin; that He sought not the praise of men, when He might have had it; that He went about doing good; that He was separate from worldly people; that He continued instant in prayer; that He would not let even His nearest relations stand in His way when God’s work was to be done. These things a holy man will try to remember. By them he will endeavor to shape his course in life. He will lay to heart the saying of John: “He who says he abides in [Christ] ought himself also so to walk, even as He walked” (1 John 2:6), and the saying of Peter, that “Christ . . . suffered for us, leaving us an example that you should follow His steps” (1 Pet. 2:21). Happy is he who has learned to make Christ his “all,” both for salvation and example! Much time would be saved, and much sin prevented, if men would oftener ask themselves the question: “What would Christ have said and done if He were in my place? ”

4. A holy man will follow after meekness, patience, gentleness, patience, kind tempers, government of his tongue. He will bear much, forbear much, overlook much and be slow to talk of standing on his rights. We see a bright example of this in the behavior of David when Shimei cursed him, and of Moses when Aaron and Miriam spoke against him (2 Sam. 16:10; Num. 12:3).

5. A holy man will follow after temperance and self–denial. He will labor to mortify the desires of his body, to crucify his flesh with his affections and lusts, to curb his passions, to restrain his carnal inclinations, lest at any time they break loose. Oh, what a word is that of the Lord Jesus to the apostles: “Take heed to yourselves, lest at any time your hearts be overcharged with surfeiting, and drunkenness, and cares of this life” (Luke 21:34), and that of the apostle Paul: “I keep under my body, and bring it into subjection: lest that by any means, when I have preached to others, I myself should be a castaway” (1 Cor. 9:27).

6. A holy man will follow after charity and brotherly kindness. He will endeavor to observe the golden rule of doing as he would have men do to him and speaking as he would have men speak to him. He will be full of affection towards his brethren, towards their bodies, their property, their characters, their feelings, their souls. “He who loves another,” says Paul, “has fulfilled the law” (Rom. 13:8). He will abhor all lying, slandering, backbiting, cheating, dishonesty and unfair dealing, even in the least things. The shekel and cubit of the sanctuary were larger than those in common use. He will strive to adorn his religion by all his outward demeanor and to make it lovely and beautiful in the eyes of all around him. Alas, what condemning words are the thirteenth chapter of 1 Corinthians, and the sermon on the mount, when laid alongside the conduct of many professing Christians!

7. A holy man will follow after a spirit of mercy and benevolence towards others. He will not stand all the day idle. He will not be content with doing no harm; he will try to do good. He will strive to be useful in his day and generation and to lessen the spiritual wants and misery around him as far as he can. Such was Dorcas: “full of good works and alms deeds, which she did”—not merely purposed and talked about, but did. Such a one was Paul: “I will very gladly spend and be spent for you,” he says, “though the more abundantly I love you, the less I be loved” (Acts 9:36; 2 Cor. 12:15).

8. A holy man will follow after purity of heart. He will dread all filthiness and uncleanness of spirit, and seek to avoid all things that might draw him into it. He knows his own heart is like tinder and will diligently keep clear of the sparks of temptation. Who shall dare to talk of strength when David can fall? There is many a hint to be gleaned from the ceremonial law. Under it the man who only touched a bone or a dead body or a grave or a diseased person became at once unclean in the sight of God. And these things were emblems and figures. Few Christians are ever too watchful and too particular about this point.

9. A holy man will follow after the fear of God. I do not mean the fear of a slave, who only works because he is afraid of punishment and would be idle if he did not dread discovery. I mean rather the fear of a child, who wishes to live and move as if he was always before his father’s face, because he loves him. What a noble example Nehemiah gives us of this! When he became governor at Jerusalem, he might have been chargeable to the Jews and required of them money for his support. The former governors had done so. There was none to blame him if he did. But he says, “So did not I, because of the fear of God” (Neh. 5:15).

10. A holy man will follow after humility. He will desire, in lowliness of mind, to esteem all others better than himself. He will see more evil in his own heart than in any other in the world. He will understand something of Abraham’s feeling, when he says, “I am dust and ashes,” and Jacob’s, when he says, “I am less than the least of all Your mercies,” and Job’s, when he says, “I am vile,” and Paul’s, when he says, “I am chief of sinners.” Holy Bradford, that faithful martyr of Christ, would sometimes finish his letters with these words: “A most miserable sinner, John Bradford.” Good old Mr. Grimshaw’s last words, when he lay on his deathbed, were these: “Here goes an unprofitable servant.”

Fervent in spirit, serving the Lord.

11. A holy man will follow after faithfulness in all the duties and relations in life. He will try, not merely to fill his place as well as others who take no thought for their souls, but even better, because he has higher motives and more help than they. Those words of Paul should never be forgotten: “Whatever you do, do it heartily, as to the Lord”: “Not slothful in business; fervent in spirit; serving the Lord” (Col. 3:23; Rom. 12:11). Holy persons should aim at doing everything well and should be ashamed of allowing themselves to do anything ill if they can help it. Like Daniel, they should seek to give no “occasion” against themselves, except concerning the law of their God (Dan. 6:5). They should strive to be good husbands and good wives, good parents and good children, good masters and good servants, good neighbors, good friends, good subjects, good in private and good in public, good in the place of business and good by their firesides. Holiness is worth little indeed if it does not bear this kind of fruit. The Lord Jesus puts a searching question to His people when He says, “What do you more than others?” (Matt. 5:47).

12. Last, but not least, a holy man will follow after spiritual–mindedness. He will endeavor to set his affections entirely on things above and to hold things on earth with a very loose hand. He will not neglect the business of the life that now is; but the first place in his mind and thoughts will be given to the life to come. He will aim to live like one whose treasure is in heaven and to pass through this world like a stranger and pilgrim traveling to his home. To commune with God in prayer, in the Bible, and in the assembly of His people—these things will be the holy man’s chief enjoyments. He will value everything and place and company, just in proportion as it draws him nearer to God. He will enter into something of David’s feeling, when he says, “My soul follows hard after You”; “You are my portion” (Ps. 63:8; 119:57). 7 Difficult things we have to pray 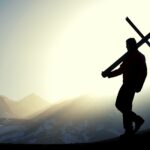 12 Characteristics of people who strive after holiness (Part 2) 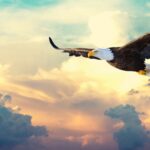 Rising above the storm 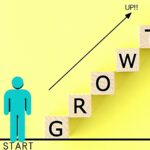 Go on to maturity