When the Bible circled the moon 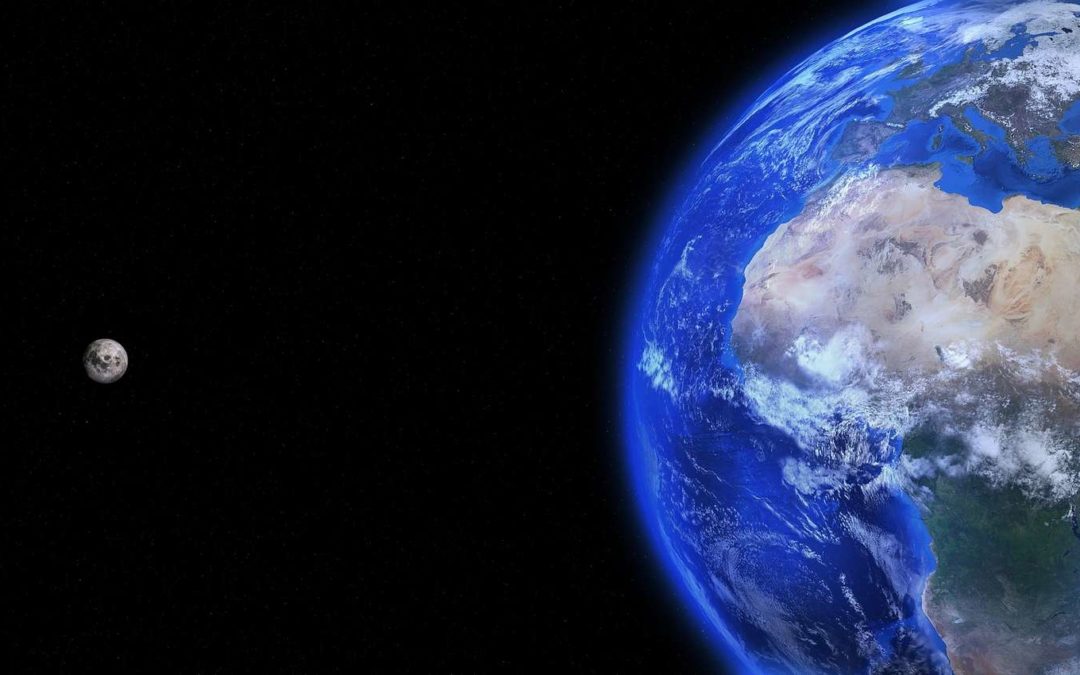 In December 1968, the world was in great need of a message of hope and peace. It had been a tumultuous year. War. Assassinations. Riots.

That Christmas Eve, the world witnessed history. The Apollo 8 spacecraft with its three-man crew became the first manned spacecraft to leave the earth’s orbit. As with any journey into the unknown, there were no guarantees. The brave crew members realised their chance of becoming the first humans to see the far side of the moon was balanced against the risk they may not return home alive.

Robert Zimmerman’s book, Genesis, The Story of Apollo 8, details the events leading up to that historic Christmas Eve in 1968. According to the book, a press conference was held a few weeks before the mission’s launch. A news reporter asked the crew members if they planned to make a “Christmas-type gesture from space,” given their lunar orbit would coincide with Christmas Eve.

The crew members didn’t have an answer. For the next several days, the question continued to nag at Frank Borman, the commander for the Apollo 8 crew. What message could they share that might help unite a world that had become divided in so many ways?

IN SEARCH OF THE RIGHT WORDS
With the Apollo’s launch growing close, Frank talked with his fellow crew members, Jim Lovell and Bill Anders, about what message they should share with the world once they entered the moon’s orbit. Suggestions ranged from citing the words of a prayer to reading an adaptation of ‘Twas the Night Before Christmas’. The astronauts agreed, none of their ideas seemed fitting for such a momentous event, especially in light of all that had taken place in the world that year.

Help was sought from a professional writer, Joe Laitin. The challenge of finding the right words to say proved just as challenging for him. In the late hours of the evening, all he had to show for his efforts was a floor covered with paper wads. Then, in a moment of sudden inspiration, he thought, “Why not go to the Bible for the right words?”

Joe reached for a Gideon-placed Bible he had taken earlier from a hotel room. At the suggestion of his wife, Joe turned to the book of Genesis. As soon as his eyes landed on Genesis Chapter 1, Joe knew the words on that page would be the perfect words to mark the occasion.

The message was sent to the Apollo 8 crew. They all agreed the Genesis passage was perfect. Borman took the letter containing the Scripture and photocopied it onto fireproof paper. He stuck it inside the crew’s flight manual. Incidentally, there were other copies of God’s Word aboard Apollo 8. After permission had been granted, Service Testaments from The Gideons International had been placed onboard.

FOR ALL THE PEOPLE BACK ON EARTH
At 9:30 p.m. Eastern Standard Time on the evening of December 24th, people throughout the world tuned in for the live TV broadcast from the Apollo 8 crew’s historic lunar orbit.

As viewers watched the grainy black and white images of the moon’s surface, they heard the voice of Major Bill Anders breaking through the static. “For all the people back on earth, the crew of Apollo 8 has a message that we would like to send to you.” Anders then began reading from Genesis 1:1, “In the beginning, God created the heaven[s] and the earth…”

He read a few verses, then Captain Lovell took over reading and then Colonel Borman picked up and continued until he signed off saying, “And from the crew of Apollo 8, we close with good night, good luck, a Merry Christmas. And God bless all of you, all of you on the good earth.”

On that December 24th, the Bible was read live to an estimated one billion people in 64 countries, one of every four people on the planet at that time!

At some point, someone placed a Gideon Bible in a hotel room as part of a mission to reach the lost with God’s Word. When Apollo 8 left Earth, it was carrying Scripture pulled from that Bible. That Christmas Eve in 1968, in the dark expanse of space, those two missions came together, while the world watched, and many celebrated the birth of a Saviour who came to Earth to redeem us from our sins — the greatest mission of all.