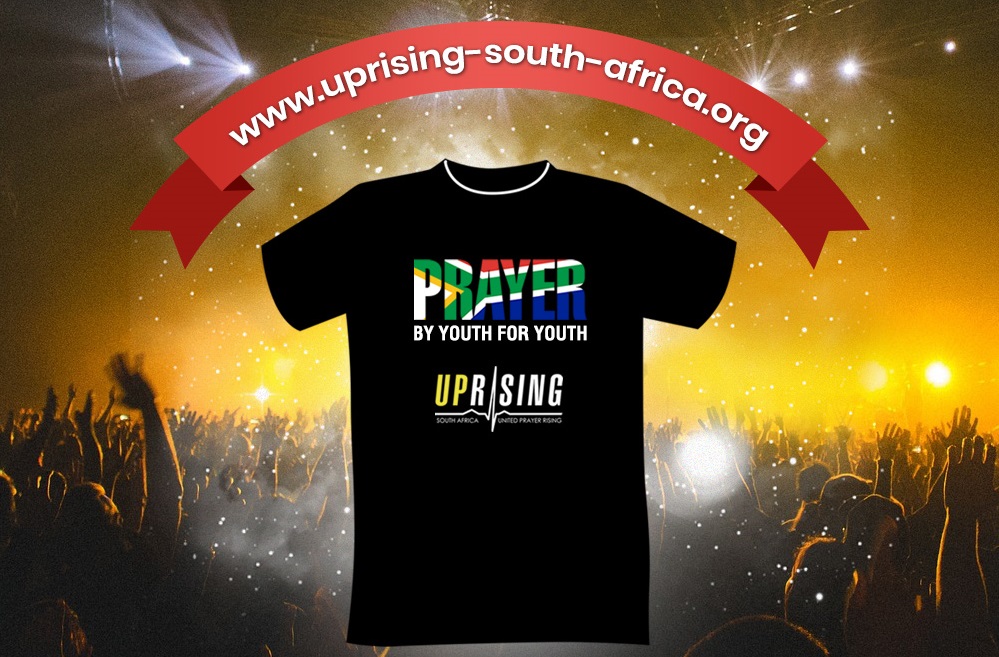 UPRising South Africa aims to unite young people from across the provinces in united prayer for justice, peace, healing and reconciliation in the nation.

Join throngs of young people from South Africa and across Africa at UPRising South Africa for worship, prayer, teaching, testimonies, videos and inspiration!

United Prayer Rising – South Africa arose out of the 2016 UPRising event in Seoul, South Korea.  The South Africa delegation came home with a burden – to see young people across South Africa reconciled and praying in unity for the needs of their generation, the Church and of their country.

‘There is only so much we can do for this generation’ – those are the words of parents, selective leaders and the government. Young people seem to have become impotent in our societies. Everything that is bad is associated with ‘young people’.

Admitting that means we know that there’s a problem and there is a way to solve it. Nothing is beyond God, nothing is impossible with him. Change and transformation are Gods specialties. Hebrews 1:3 declared that all things were created through Christ. This declares that the young people are created through Christ, for Christ, in Christ’s image and likeness and therefore that means that they are overcomers, pace-setters and game-changers.

The young people of UPRising (United Prayer Rising) are saying that as young people in the church, they are Uniting in Prayer, Rising as a body of young people, forming a revival wave, taking a stand, marching to the gates of Hell to take their Identity back. And Uniting in prayer together, black or white, every tribe, putting their differences aside and praying non-stop with every young person across South Africa, Africa and around the world. Because where there is United Prayer, (Psalm133:1-3) God is present and where God is, there is hope, love, transformation and honour.

Let’s Unite in prayer and be more than Joseph who got to see Canaan, or David who smote Israel’s biggest enemy.  Let’s acknowledge Christ who changed our surname from evil to Good, and gave us life.

Find out more about this conference