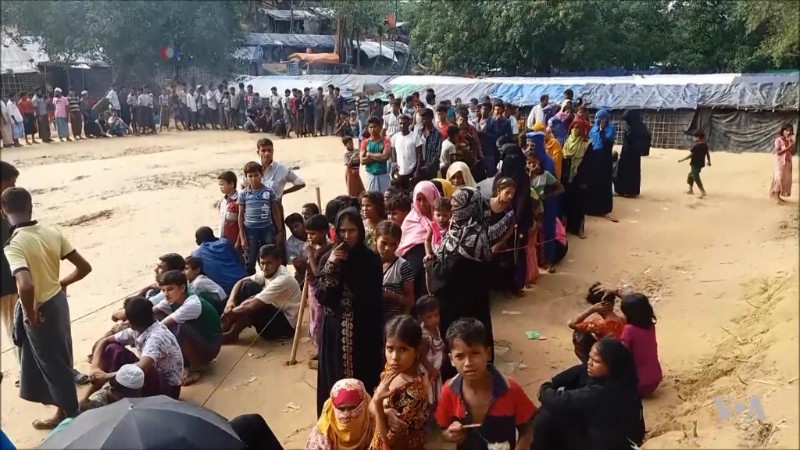 On Saturday 25 August 2018, Rohingya refugees in Bangladesh held demonstrations and prayer gatherings to mark the one-year anniversary of their flight from Myanmar’s Rakhine state, where violence broke out between the Arakan Rohingya Salvation Army (ARSA) and Myanmar’s armed forces. An estimated 700,000 Rohingya fled the conflict and many testified of killings, rapes and arson carried out by security forces, in what the UN said seemed to be a “textbook example of ethnic cleansing”.

Nobel laureate Aung San Suu Kyi’s government has denied allegations of atrocities made by the refugees, saying that security forces lawfully suppressed Muslim militants in Rakhine. However, a report presented on Monday 27 August by a fact-finding team, under the auspices of the UN-backed Human Rights Council, has found that top Myanmar military leaders should be prosecuted for genocide against Rohingya Muslims.

International pressure on Myanmar has been growing. In a statement ahead of the anniversary, 132 sitting parliamentarians from five other countries in Southeast Asia issued a statement calling for Myanmar officials to face trial at the International Criminal Court (ICC).

Despite the trauma faced by the Rohingya refugees, some express a desire to return to Myanmar, but only if there is change. One refugee said: “We want to go back to Myanmar – but only with citizenship and our rights. We will never accept repatriation without the rights the Myanmar government snatched from us a long time ago.”