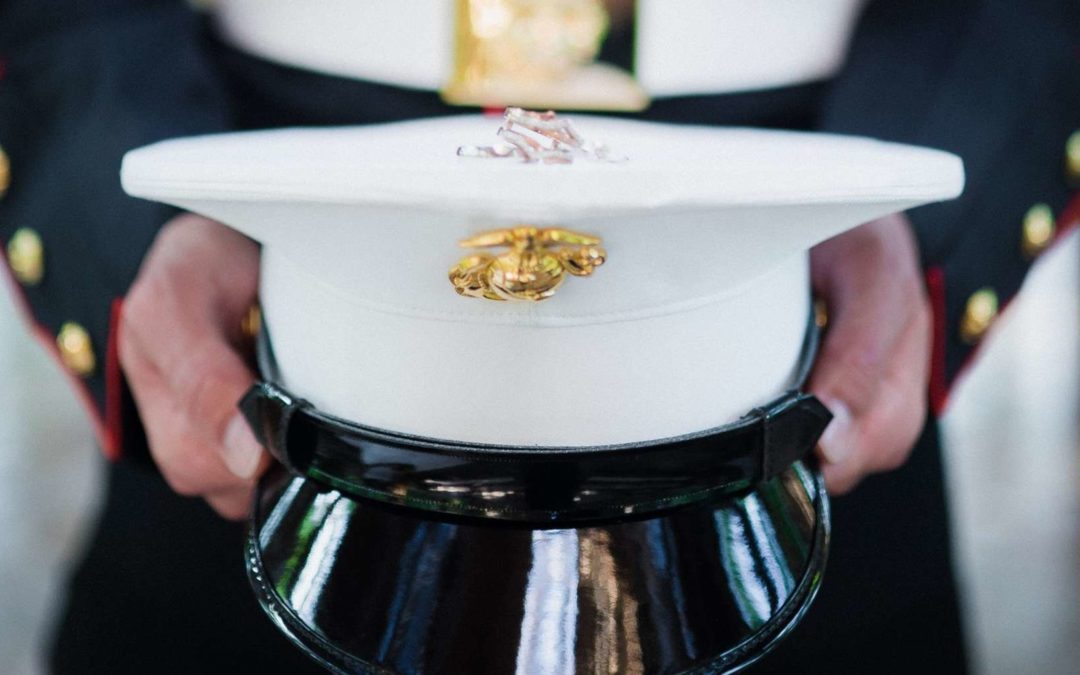 Brandon Blair was one of those people surrounded by Gospel truths his entire life. His dad was a pastor and his childhood was filled with hearing his dad deliver sermon after sermon. Looking back on this time, Brandon admits, “I knew a lot about the Lord, but I was living for the world.”

SEPTEMBER 11, 2001
Fast forward to the terrorist attack in New York City on September 11, 2001. This event shook Brandon to his core. It moved him so much he couldn’t stand still and decided to enlist in the United States Marine Corps.

When he arrived at boot camp, he was given a gift—a Testament from The Gideons. Brandon did more than pack his new copy of God’s Word. “On many nights, I read the pages of that Scripture when soldiers were given time to read or write letters. The Scriptures brought me a lot of peace,” he remembers.

OUT OF THE PIT
Brandon ended up serving in two full-time combat tours. On his last tour in 2006, as soldiers were getting on the bus, he was again handed a Testament from The Gideons, and he placed it in his left chest pocket.

In August 2006, Brandon was shot by a sniper. He took it to the chest and didn’t know if he was going to live or die. “I begged the Lord to spare my life,” recalls Brandon. He said this knowing his injury was severe. He eventually arrived at the hospital and, to his surprise, realised he had suffered no internal bleeding from the gunshot wound. It was a miracle.

Brandon continued to receive medical treatment. A friend from Tennessee came to visit him. Just a week after the visit, the friend, too, was shot by a sniper and passed away. The reality of war had just gotten personal for Brandon.

After his friend’s death, Brandon was lying in a hospital bed surrounded by four walls. Then he remembered the Testament in his left pocket. Brandon found the book of Psalms and read about a time when David was at a low point in his life. He read the words from Psalm 40:1-3: “I waited patiently for the Lord; he inclined to me and heard my cry. He drew me up from the pit of destruction, out of the miry bog, and set my feet upon a rock, making my steps secure. He put a new song in my mouth, a song of praise to our God. Many will see and fear, and put their trust in the Lord.”

Brandon had heard Bible verses his entire life, but this time it was different. God brought Brandon out of his own pit and changed his life in an instant. He asked God to forgive his sins and accepted forgiveness through salvation in Jesus Christ. “I told God I would serve him from that day forward. Before I was shot, spiritually, it was all head knowledge. After I was shot, it was true surrender—I was all in for the Lord,” says Brandon.

A NEW HEART
In 2007, he was honorably discharged from the military. Remembering his promise to the Lord, he felt called to serve in ministry. He enrolled at a Bible College and then went on to a Theological Seminary. He has been serving in ministry ever since, beginning full-time ministry in 2008.

For 13 years now, he has faithfully taught the Word of God that changed his life while lying in a military hospital bed. “The Word of God changed my life; just the Word was enough. I often say, ‘The military gave me a purple heart, but God gave me a new heart.’”