Prayer for Khawlan – People of Saudi Arabia and Yemen 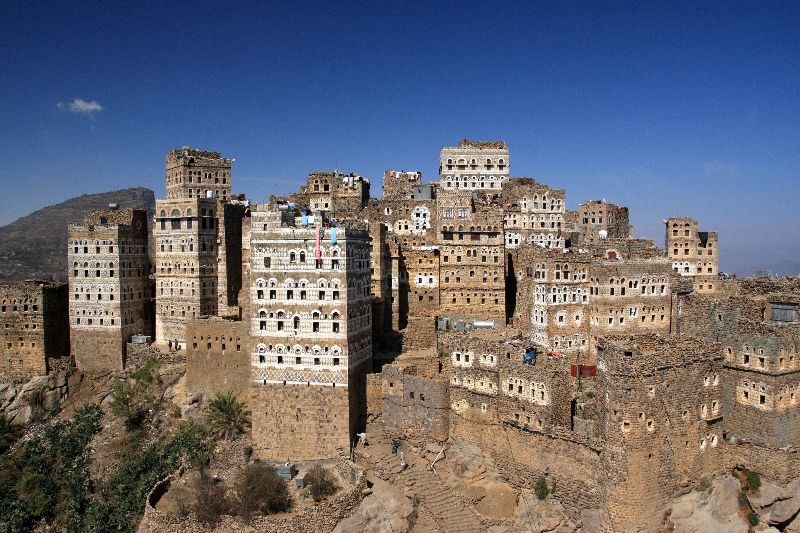 The Khawlan bin Amer tribe inhabits the rugged Sarawat Mountains of southern Saudi Arabia and northern Yemen. The Khawlan are made up of over 30 large tribes and numerous sub-tribes and have a population of approximately 400,000.

These isolated subsistence farmers survived with a spirit of independence for hundreds of years, high up in this steep and mountainous terrain. They collected rainwater in cisterns around their stone houses, kept livestock, and farmed local grains on terraces carved into cliffs. They celebrated unique traditions by wearing brightly coloured clothing, crowns of richly scented flowers and herbs in their hair, and ornamented daggers around their waists. Their tightly knit societies remained untouched for centuries, far removed from the outside world. The Khawlan people are proud of their mountain life and their identity remains strong with their poetry and traditional dancing.

Over the last few decades, the Khawlan became increasingly exposed to a changing and developing world. Since ancient times, the Khawlan practised a polytheistic worship that bound them in fear of spirits dwelling in the mountains and valleys. Wahhabi Sunni Islam was then embraced. The development of roads, electricity, schools, and clinics brought Quranic education, gender segregation, and Sharia law.

Men found employment in the military, police, and other government jobs. Attending school on an unprecedented scale, Khawlan children are now in a transition between the lifestyle of their mostly uneducated parents and a modern way of life with air conditioning, smartphones, and imported foods.

The people who walked in darkness, have seen a great light; those who dwelt in a land of deep darkness, on them has light shone. Isaiah 9:2. The light shines in the darkness, and the darkness has not overcome it. John 1:5

DOWNLOAD THE PRAYER GUIDE
ALSO AVAILABLE IN OTHER LANGUAGES
Shares