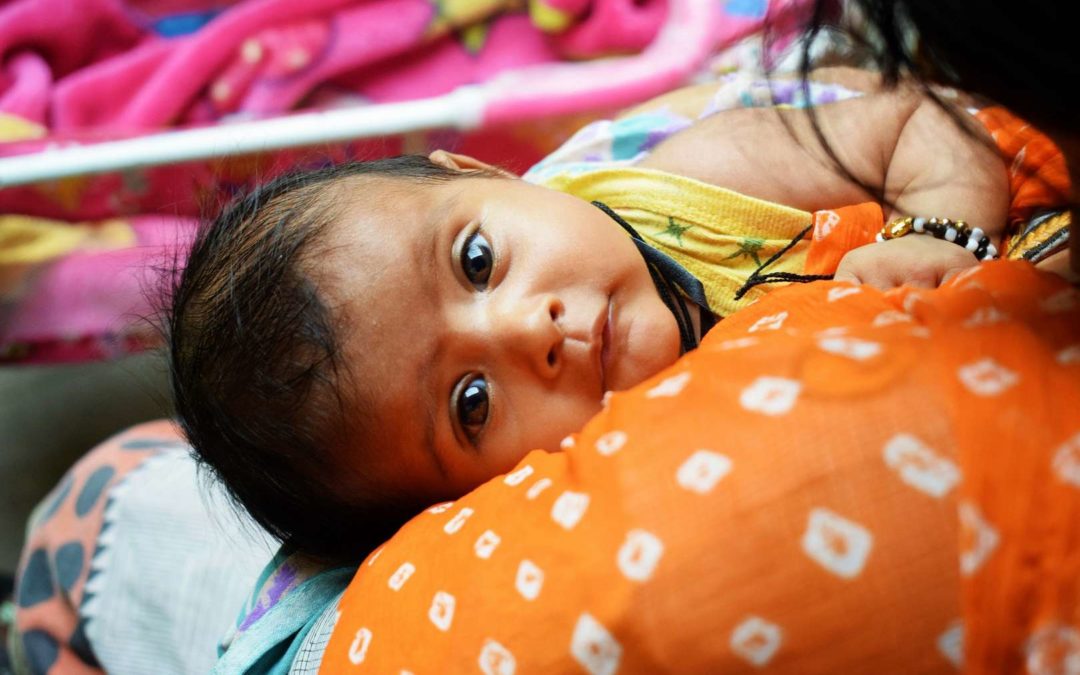 (Excerpts from writings of Dr Blessy, who dedicated her life to working among the poor in North India)

August 2019
It was 3pm on a terribly busy day, when the labour room was filled with pregnant women with all kinds of complications. The doctors and nurses were working tirelessly without lunch when 25-year-old Manasa (name changed) was wheeled into the labour room in the 2nd stage of labour. She looked more like she was in her 50’s, severely emaciated and anaemic. She had never received any antenatal care and on examination was found to have a twin pregnancy with severe foetal distress.

Without wasting a single moment, the obstetrician rushed the woman to the theatre and got out the twins surgically. I was called for resuscitating the twins. The two girl babies were lying there not breathing, without a heartbeat. CPR was given, and resuscitation begun, it was over an hour before the babies were stabilised. There was a great relief for all of us involved to hear them cry for the first time. In my heart I was thanking God for saving the babies.

I called the father and the family to show the babies. The first question he asked was to know the gender of the babies. With joy I told him that he had two girl babies. I was not surprised to see the sadness on their faces and the father turning his back without even looking at the babies, as it happens so often here. He already had three girls and he wanted a son. The entire family shared his disappointment and refused to even look at the babies. They wanted to leave their girls and go away. I was shocked to see a father despise his own babies so much. I was speechless when he said he wanted to willingly abandon the babies.

When this conversation was going on we received news from inside the theatre that the mother’s condition was critical. She had developed atonic postpartum haemorrhage (when the uterus fails to contract and slowly bleeds out). All our efforts to save her failed. The blood we transfused, the ventilation, the inotropic supports and the entire night of hard work by doctors and nurses went in vain as she slowly breathed her last. There was neither remorse, nor sadness in the husband’s response. Not a big deal for him- if this Manasa dies, he will marry another Manasa in a few months’ time!

Looking at those two angelic girl babies, I asked myself, “Why did they even come into this cruel world? Even if they did come, why this place, why this home, why this father?”

A place where, to be born as a girl, is considered a curse. Where a girl has no say from the time that she is born, till the day she dies. Where a girl child is told over and over that she is born to bear pain, bear suffering, bear guilt, bear abuse, bear rejection. This is not just the story of Manasa. There are hundreds of Manasas who are pushed into multiple pregnancies just because society wants a boy. In search of the elusive boy child, a woman is made to bear children multiple times till she bears a boy child. Every pregnancy making her weaker and weaker, more susceptible to conditions like PPH. Many women conceive over a dozen times before their 30th birthday. No one wants to treat a girl baby, but they would be willing to beg, borrow or steal to save a boy baby. It kills me to even imagine how many times I was forced to discontinue treatment for a girl baby. It also kills me to imagine the future for the three girls of the deceased mother.

The twins remained at the hospital, slowly recovering. All adored them. We prayed our hearts out for God to give a faithful family to adopt these precious girls. But there is official protocol that must be followed.

December 2019
The twins were taken away by the officials to be taken to an orphanage. I could do nothing but cry. I did not know I could cry so much for them. We had plans of taking them to a Christmas party and bought new clothes – all set for Christmas. But suddenly I was told that I should surrender.

It’s terribly cold out here. Don’t know how they will be kept. We kept on praying that soon they will get adopted into a good family…

January 2020
Slowly the prayers died down. It is the fate of so many here; they may not even survive the winter. We lost contact with them.

December 2020
We got news the twins were adopted by a faithful couple and are in safe hands. Can’t believe that God actually worked it out in such a beautiful way so that they will be raised in a good, loving home. Praise God! Even when we all forgot about them, He did not and He did not reject our prayers. His ways are beyond comprehension…