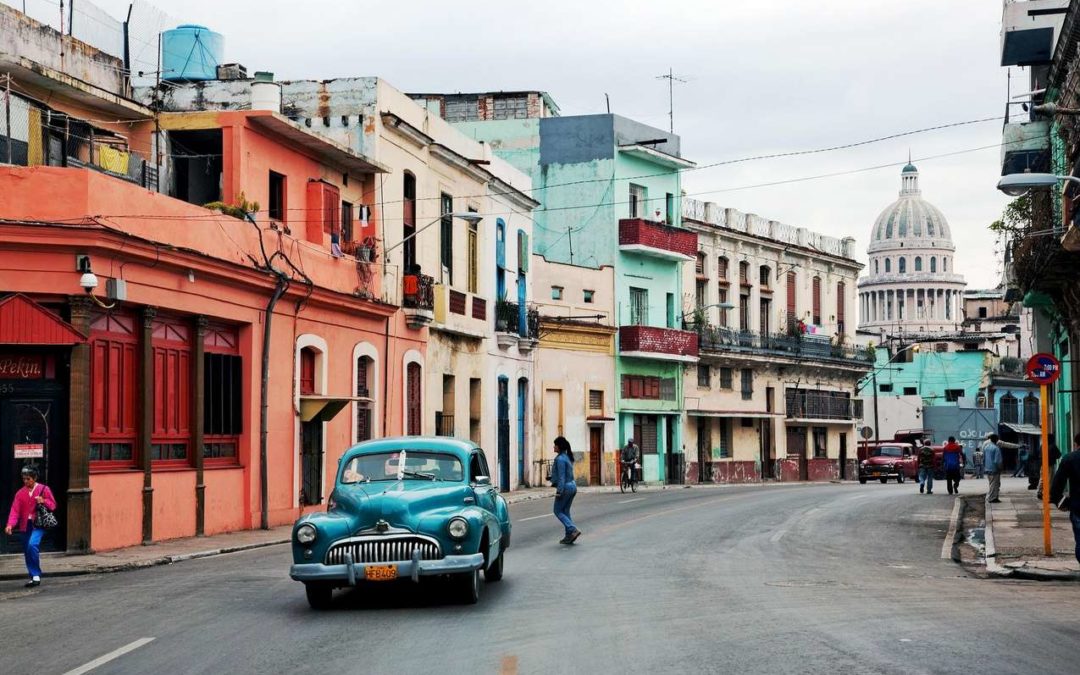 “The Word first came into my life when I was a little boy in the Republic of Cuba,” says Elio Mario Fernandez. “In a dream, God told me He was going to bring me to a nation where there was plenty of food.”

There was no spiritual significance attached to Elio’s dream, because he had no knowledge of Jesus Christ. In fact, there were very few known Christians in Cuba at the time. Elio remembers one man specifically, who read the Book, obeyed the Book, and lived a life that was right according to the Book. Beyond this faint memory, his childhood was not centered around Christian values, much less a daily adherence to the Word of God.

FINDING HIS PLACE
It wasn’t until February 1956 that Elio moved to the United States. “I was about 23 years old,” he says. “On the flight to America, I looked down from the plane window and saw the very land God had shown me in a dream as a child.”

Sometime later, Elio decided to travel back to Cuba to visit his sick mother. When he arrived back home, the revolution led by Fidel Castro was in full force. It did not take long for his name to be discovered by security and Elio was quickly pulled aside by guards. Upon further investigation, Elio’s name was found on a list right next to his second cousin, who happened to be the ex-president of Cuba. Elio was immediately flagged as a threat to the revolution and accused of working for the Central Intelligence Agency in America. At that time in Cuba, there was only one penalty for being an international spy – death by firing squad. He was taken to the Cabana Prison in Havana to await his fate.

“They locked me in a room all by myself. It was the room where the clothing of people who had been executed was tossed,” Elio says. “There was a small Bible there as well, and so I took some thread from one of the articles of clothing in the room and placed it as a marker inside that Bible.”

The Lord visited Elio in a dream and told him if he would read that Scripture every day, by the time he reached the page with the thread again, he would be released. For 24 days, Elio did just that while awaiting his turn for the firing squad. On the twenty-fourth day, he turned to the page where he had first placed the strands of thread.

Elio praised God and exclaimed, “Thank you Jesus, I’m getting out of here tonight!” The other prisoners thought he had finally gone crazy, since it was well known anyone who was called out of the cell block would be the victim of a gunshot heard ten minutes later.

When Elio heard his name called by a guard, he was not afraid. He was escorted through an iron gate to the prison office where a soldier handed over his clothing and sent him to the exit with the understanding his release was only temporary.

RETURNING WITH A MESSAGE
Elio complained to the Lord, “Lord, you told me I was going to be free, but I live in Miami. I don’t live here, and this is only a temporary release. How am I going to get out of here? Please, tell me.”

The answer he received was simple, yet inconceivable. “God told me to return to the prison I had just been released from,” says Elio.

The following morning Elio took a bus back to the prison, but the military men would not let him in. Elio persisted. “The Lord put words into my mouth,” he says, “I can only explain that moment as Him speaking for me.” Elio pointed to the soldier and said, “Listen, the instructions that you received are only for ordinary citizens. But, my name is Elio Mario Fernandez.” He had no idea what that meant, but God had a plan. Elio was shocked to hear the soldiers quickly apologise and allow him to enter.

Elio approached the main building where the boss was and moments later Elio was standing in front of the man in charge of the compound. The Lord took hold of their conversation. Elio doesn’t remember much of what happened until he heard the boss direct another soldier, “Take this man to court right now and tell the judge I said to drop all the charges against this man, and let him go back to America where he lives.”

The following day, Elio walked through the international airport in Miami, Florida, recounting the most miraculous experience of his entire life. He knew God had redeemed his life for a purpose.