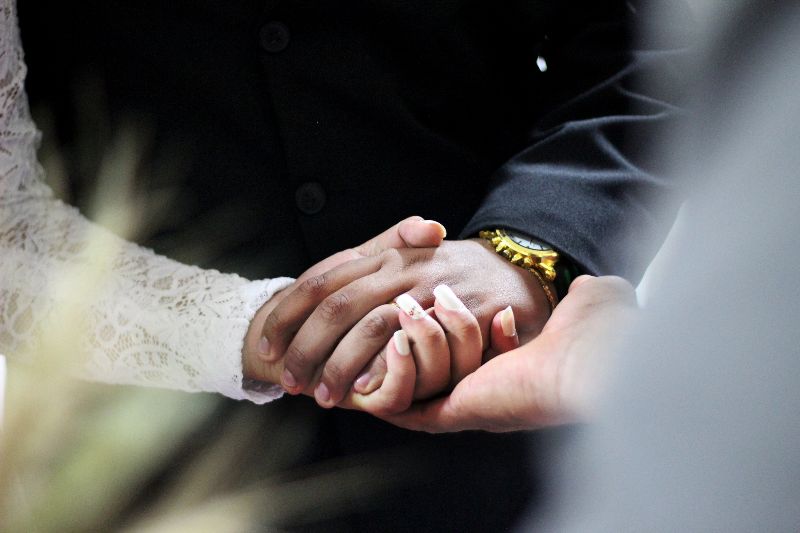 Islam requires people to marry and have children. Marriage is a religious, social, and sometimes even economic contract between two families. Arranged marriages usually depend on the consent of those involved; but it is still common in some Muslim cultures for people, especially young girls and women, to be married against their will. Singleness, especially for women, carries much shame.

If he can treat them all equally, the Quran allows a man to marry up to four wives, including women of other faiths (Quran 4:3). Since having more than one wife is expensive, only a minority of Muslims practice this. The Quran seems to sanction, in a contentious verse, a husband’s power over his wife which allows him to beat her if she does not obey him (Quran 4:34).

While Islam allows divorce (Quran 33:49; 65:1), the controversial practice of talaq, which allows a husband to divorce simply by repeating “I divorce you” three times to his wife, is not found in the Quran.

What therefore God has joined together, let not man separate. Mark 10:9
The heart of her husband trusts in her, and he will have no lack of gain. Proverbs 31:11
Husbands, love your wives, as Christ loved the church and gave himself up for her. Ephesians 5:25