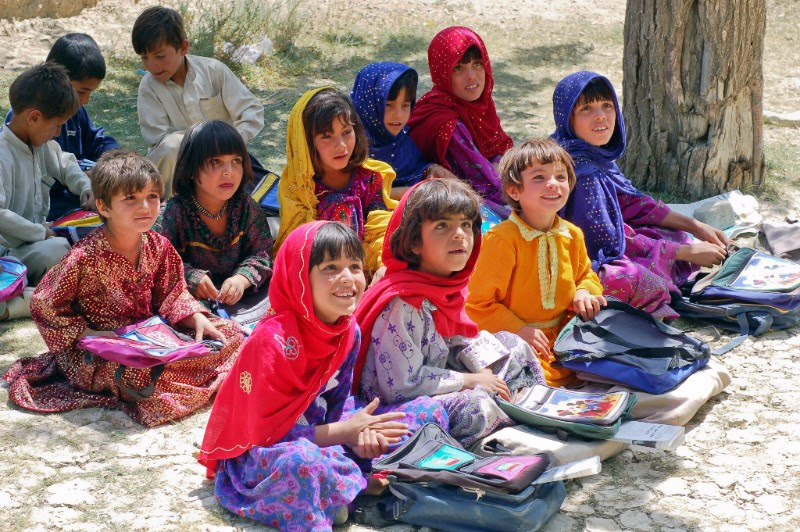 The “Arab Spring” is now in its 8th year. Many children experienced and saw things that no one should ever be forced to be exposed to. Yet in most countries in the Middle East, North Africa, some countries in West Africa and most countries in East Africa, children have been through some of the most horrific forms violence imaginable.

Imagine millions of children up to the age of 16 that never had an opportunity to even learn how to read or write.

Groups like Bibles for the World and other groups are trying to fill this gap.

“As we have seen the violence there that ISIS has brought into these areas, into these people’s lives, the devastation, the destruction, our hearts have just been broken,” says John Pudaite, President of Bibles For The World. “A partner of ours has developed a small booklet that is biblically based that helps the children try to deal with and process what they have experienced even at their young age.”

“During the day the parents are out trying to earn a little money or just dealing with their situation as refugees, trying to figure out where to go next, and the kids are often kept together in some type of daycare, often a church, some type of place where they’ll look after them through the day,” Pudaite says. That’s where partners are planning on distributing the booklets.

What makes this project especially unique is the massive network Bibles For The World has built for printing, shipping, and distributing the booklets. They have partners on the ground in Lebanon, Jordan, Greece, Turkey, Germany, and more, and they’re teaming up with organizations like Biblica to extend their reach as far as possible.

“Each of us through our respective networks will be getting this booklet out to as many kids as we can in the next three to six months,” Pudaite says. The books will be printed in Lebanon, which Pudaite says is centrally located in the refugee situation, and will be distributed from there.

Pray for these illiterate children to get the help needed to be educated.

Pray for Bibles for the World and other initiatives that are working hard to stamp out illiteracy.