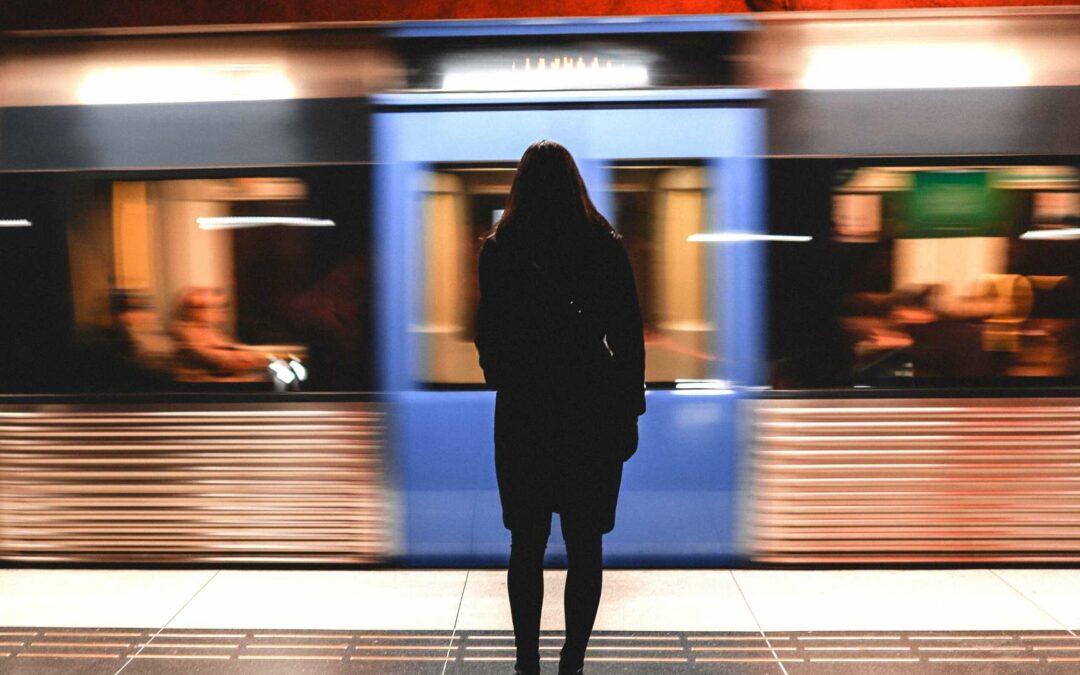 Wearing a lovely white dress, Nasrin stood facing her Swedish groom, eager to begin her new life with this Christian man. As she looked into his eyes, memories flooded her mind. A long and miraculous road had brought her to this day.

COLLIDING CULTURES
Born in Iran to nominal Muslim parents, Nasrin had moved to Sweden as a child when her father’s political leanings ran afoul of the Muslim government. In Sweden, her father began to embrace Islam again.

Nasrin’s father insisted she wear a veil to school. He told his children bedtime stories about Islamic prophets. He warned them about becoming “too Swedish,” thereby earning punishment in the fires of hell.

Nasrin’s strict Muslim upbringing clashed with the ultra-liberal culture that surrounded her, leaving her feeling confused. She saw ugly things at home. Her mother, who struggled with mental illness, was often beaten black and blue by Nasrin’s father. He often shouted verbal abuse at his children.

OVERWHELMING HURT AND CONFUSION
One day, Nasrin decided life wasn’t worth living. She took a handful of pills and wound up in the hospital. As she recovered, she told the staff not to let her father visit her. Somehow, Nasrin’s father got in.

After this, Nasrin found herself shuttled from one foster family to another. One family was atheist and very liberal, and their beliefs appealed to Nasrin. She enjoyed living a life of freedom away from her Muslim parents.

Then, at age fifteen, she was raped while partying with friends. A few years later, when she found herself pregnant by a live-in boyfriend, he forced her to have an abortion.

These experiences, combined with the abuse she had grown up with, contributed to a shift in Nasrin’s sexuality. She felt she hated men and that they were the cause of all that was wrong in the world. She began dating women. Lesbian relationships, however, failed to satisfy, and she soon plummeted into a vortex of wild living.

Nasrin embraced a militant form of feminism. She became active in politics and attended university where she studied philosophy and explored various ideologies. Understanding that nihilism—a doctrine holding that existence is senseless and useless—was the inevitable outcome of her atheist beliefs, she began to despair.

CHANGE IN DIRECTION
One day when Nasrin again found herself wondering whether life was worth living, she happened to pull a book off a shelf in the library: a defense of the Christian faith by the Swedish theologian Stefan Gustavsson. Profoundly affected by it, she found that Gustavsson taught at a school and enrolled there.

At first, Nasrin confronted her teachers with questions. Yet her teachers responded to her with nothing but grace and patience. In that world of intellectual engagement and theological studies, Nasrin gradually came to recognise the arrogance and bitterness inside her, born of pain.

While riding on the subway one day, she heard a voice saying, “Follow me.” She resisted. Yet, by the time she reached her destination, she had surrendered her life to Jesus.

Today, Nasrin is a mother of five and an outspoken pro-life activist. She continues to follow Jesus, believing he is the Way, the Truth and the Life. “In Jesus,” she says, “I have found the freedom, love, dignity and security I had always longed for.”