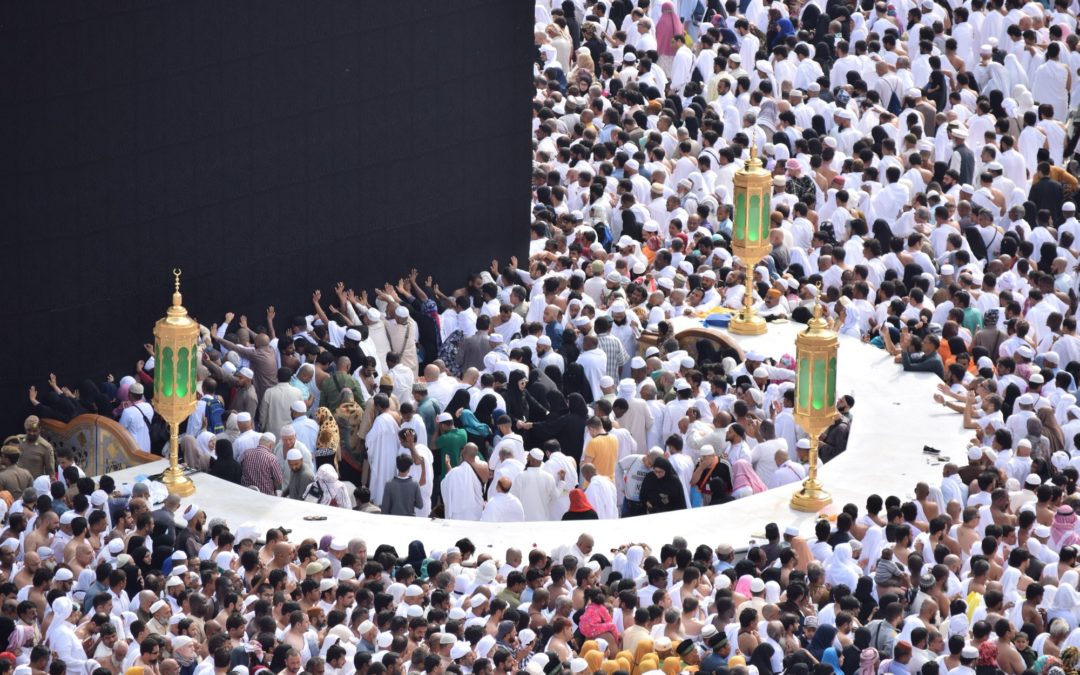 In praying for the Muslim pilgrims, keep in mind the different rituals they will be involved in. To prepare yourself spiritually for this prayer time, read through Hebrews 9:1 – 10:19.

Before setting out a pilgrim should redress all wrongs, pay all debts and plan to have enough funds for his own journey and for the maintenance of his family while he is away. Their circling of the Ka’aba, the symbol of God’s oneness, implies that all human activity must have God at its centre. It also symbolises the unity of God and man. It is circled seven times and a prayer is recited each time round.

Hajj Prayer – Day 1 – August 9, 2019
Sacred Act 1: Ihram (cleaning, preparation day)
Pilgrims must enter into the state of Ihram (purity) which involves washing then wearing white, plain garments. These garments indicate that all pilgrims are equal. Following this cleansing, pilgrims are officially on the Hajj. During this day of cleansing, pilgrims visit the Ka’aba in the Grand Mosque. After leaving the Grand Mosque, many pilgrims will walk to the tent city of Mina to spend the night.
Pray that in these cleansing rituals and visiting the Ka’aba God would put a desire in their hearts to look past their traditions and to look towards Jesus and what He has completed at the cross (John 4:23).

Hajj Prayer – Day 2 – August 10, 2019
Sacred Act 2: Wuqoof (standing at Arafat)
The Hajj only becomes valid when the day of Wuqoof is observed. For it is on this day Muslims believe their major and minor sins are forgiven. If they miss this day, their pilgrimage is pointless. Today, they will invoke Allah for mercy and forgiveness as they stand or sit near Mount Arafat. Muslims believe that as they finish this day they are cleansed of sin which also brings freedom from shame. At sunset, a cannon sounds. Pilgrims leave Mount Arafat to go to Muzdalifah, where they sleep or stay up all night under the stars.

Pray that as many Muslims seek to stay up all night to pray, they would have dreams and visions of the Lord Jesus Christ (Acts 2:17). Ask God for an open heaven so that the ones who are genuinely seeking an encounter with God will meet Him through Jesus.

After Jesus died on the cross, animal sacrifice was not required, for His death covered all sins.Pray that Muslims will understand the meaning behind the sacrifice and the cross of Jesus.Pray that they will be perfected and sanctified in Christ. As Muslims circle the Ka’aba and run from hill to hill, ask that they will see the futility of these acts. Pray that they will find the Living Water, Jesus. Pray for a hunger to get to know Christ and to explore the Word of God. 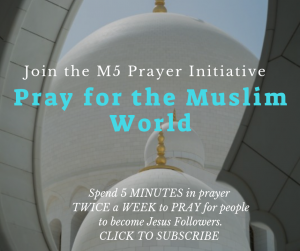