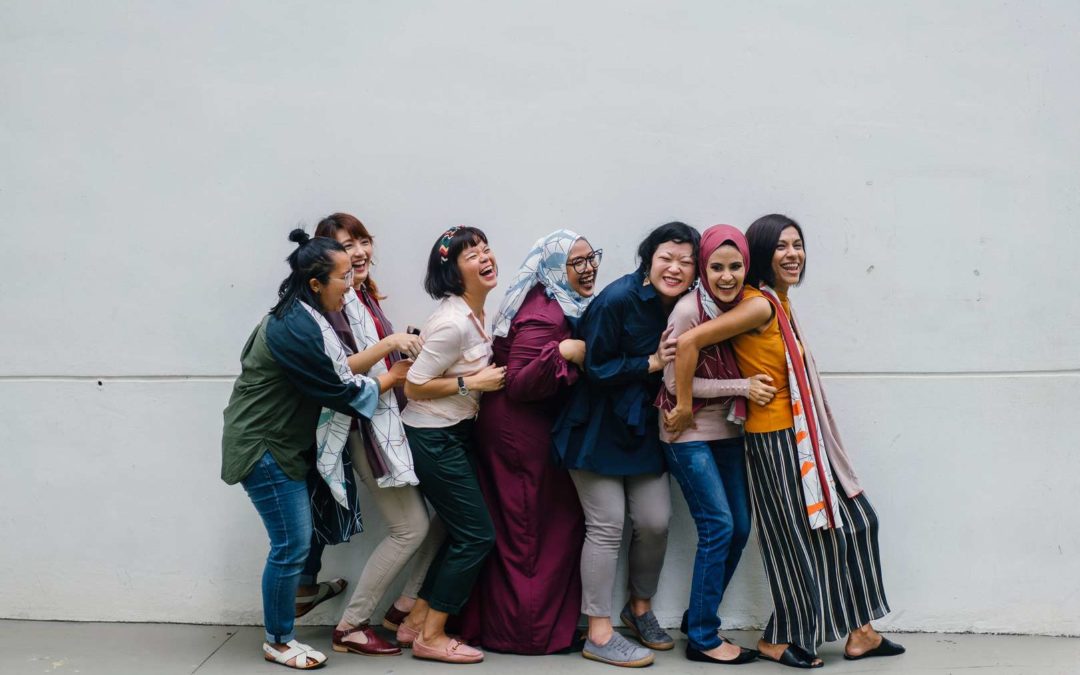 A group of European women discovered that there were many ways to see a Disciple-Making Movement (DMM). Jesus would build one through each of their unique gifts.

CELEBRATIONS OF WOMEN
*Nancy felt lead by the Lord, alongside a few other women, to host “celebrations of Muslim women.” Within their group were women with different gifts, from different churches and ministries. Their goal was to reach out to Muslim women in their city.

Eating, dancing, and sharing the Gospel, these celebrations grew. Soon there were 100-150 women in attendance. The team saw the rapid growth of these meetings. They recognised the need for disciple-making. So, they started some discipleship groups.

Unfortunately, these had difficulty gaining traction. Nancy didn’t let discouragement overcome her, but turned to prayer. The Lord was faithful to speak. God told Nancy that she would meet a Person of Peace. Soon, this person appeared!

FINDING A PERSON OF PEACE
A Kurdish woman was interested in following Jesus. Not only did she start following Christ. She started bringing other women with her to the meetings. The team began putting on a monthly celebration for the families of these Muslim ladies. What had started as a desire to “celebrate Muslim women,” grew into discipleship. Evangelistic opportunities and monthly gatherings of entire families were the results.

A TRANSFORMED HUSBAND
*Nancy recalls a particular woman was unable to attend the family celebrations. Her husband was adamant: “No Jesus!” If only this man could have known the work the Lord was about to do.

One day, Nancy received a phone call from the woman. Her son had gotten into trouble with the law and had an upcoming court date. The YWAM team attended court with the family as a show of solidarity and love.

The son was released with only a fine. In that courtroom, something broke inside her husband’s heart. Before the entire courtroom, he announced, “Thank you to my dear friends who came with us today. Next week I am going to church, to thank God!” Nancy notes that their meetings had never once been called “church.” She knew that a move of God had happened that day, and this man had truly encountered His Saviour.

Immediately, this man became a faithful attendee of their monthly meetings. He also began hosting a men’s group in his home! He also became a net thrower, bringing new people to meetings more and more. His boldness in Jesus grew, as seen in this testimony from his wife: “Our neighbour was sick and had to go to the hospital. As they were leaving, my husband leaned out our window and shouted ‘Don’t worry! Jesus is with you! I am praying for you!’” What an amazing transformation had taken place!

WHAT CAUSED THE GROWTH?
Nancy and the team continue to see groups meeting and beginning to multiply. What started as a celebration of a particular group of people began to grow into a Disciple-Making Movement. How?

The Body of Christ came together with gifts of creativity, hospitality, and evangelism. God moved. Different denominations and ministries put aside their varied approaches. They chose to unite around a unified goal and more happened.

Today, there are eleven people on *Nancy’s team. Europeans and Kurds, from different denominations, and from different ministries. God is using them to start a Disciple-Making Movement in their city.

*Name has been changed for security reasons.
(The original story has been shortened.)