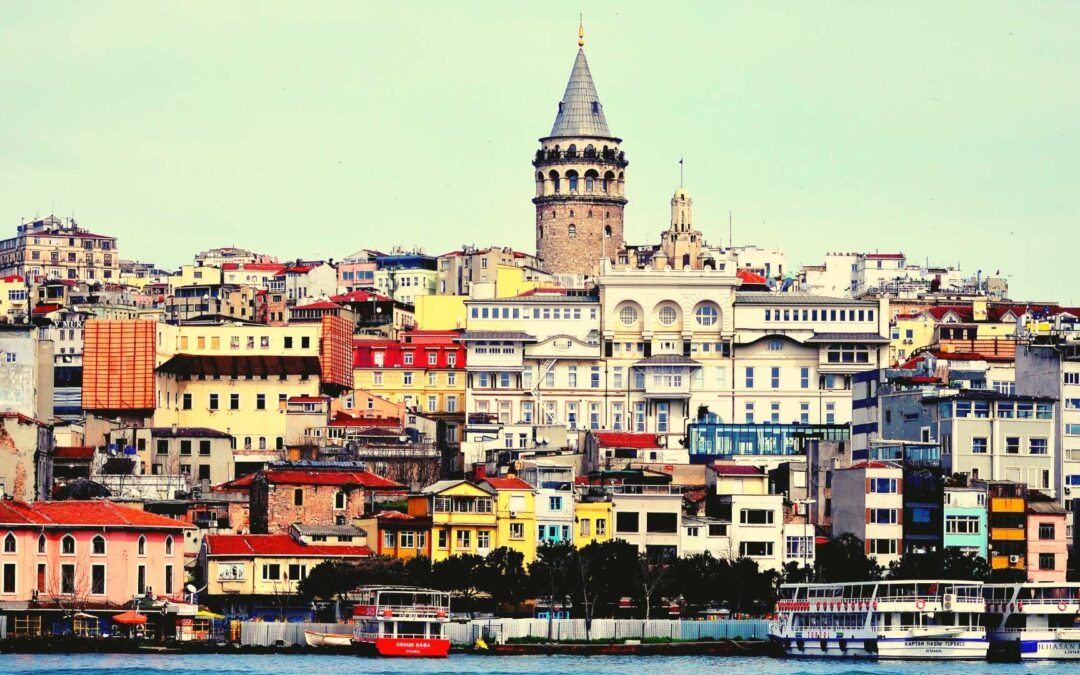 *Ahmet’s life began in a small agricultural village on the European side of Turkey surrounded by fields of wheat and sunflowers. “My father owned a wholesale drink business, while my mom tended to cattle. We were immersed in Muslim traditions,” Ahmet says. However, he continues, “my spirit was always like a restless boat without an anchor.” He remembers even as 10-year-old sitting with his friends on the edge of the town eating sunflower seeds and talking about the meaning of life. In his quest to discover answers, he knew that one day he would explore the world beyond the confines of the traditional norms of his social group. At the time, Ahmet never questioned why he thought differently than others. “Now I recognise that God was using these questions to shape my life and eventually lead me to Him,” he smiles and says.

DISTANCING FROM ISLAM
His first step outside his small village was attending university in the southeast of Turkey. This city was quite different from his village, as it was known for radical Islam, with a mosque on every corner. His father even encouraged him to come home, but Ahmet says his years living in that city revealed to him the problems with extremism. “I didn’t think of myself as a strong Muslim,” he concedes, “but this caused me to distance myself from Islam even further.”

After university, Ahmet wanted to visit a pen pal who lived in Ghana, Africa. But there were no direct connections between Turkey and Ghana. Someone suggested he go to Johannesburg, South Africa, and from there travel to Ghana. Little did he know he would never make it to Ghana, but would instead spend 18 years living in a city and culture he initially knew absolutely nothing about.

In South Africa, Ahmet encountered followers of Jesus for the first time. He took the initiative and asked these Christian friends to take him to church. He asked them to give him a Bible, and he read through the whole Bible over a 7-year period before making a decision to follow Jesus with his whole heart. Ahmet, a Turkish Muslim, with a heart to discover the meaning of life, living among Christian South Africans, through the truth he discovered in the Bible, embraced Jesus as the anchor for his restless soul. In all his challenges in traveling, the cultural and language adjustments, his uncertainties and restless moments, he found the peace that passes understanding and was encouraged by the promise in 1 Peter 5:7 (NIV): “Cast all your anxiety upon Him because he cares for you.”

SERVING
As a new believer, Ahmet began serving with his church to reach out to others and participated in distributing Bibles to prisoners in Botswana. He then studied theology for two years. In total, Ahmet was active in showing God’s love to others through his church in South Africa for a decade, by serving in a soup kitchen, doing street outreach, and even going on outreach to neighbouring countries.

Then Ahmet spent time in France where he mostly helped to reach Turks in the country with the gospel. Although Ahmet found joy sharing God’s love with Turkish speakers in France, he still had a heart for his home province of 300,000 people with no church and no access to the gospel message. After visiting his home village on an outreach, he eventually decided to move back there.

These days he has come full circle: after growing up in a small conservative Turkish village, then living for two decades in South Africa and in France, Ahmet has returned to the tiny village of his birth with a desire to help others in his community discover the peace with God that he has found.

(* Name was changed)
The story was shortened.
Source: OM