A Saviour in the storm 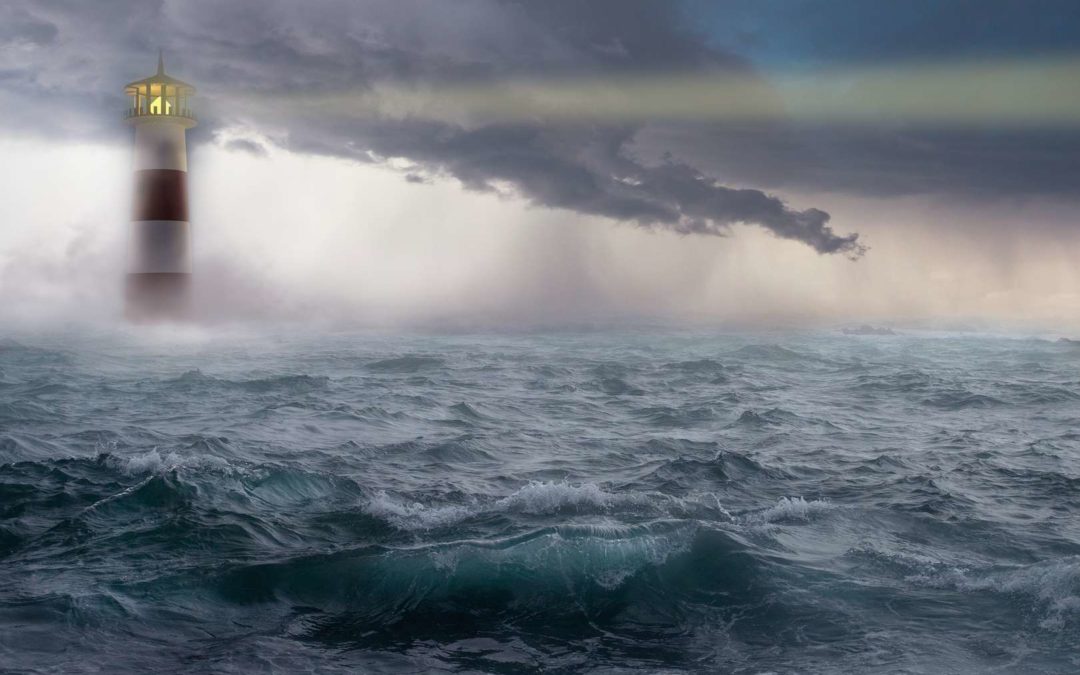 Storms in life will come. However, it’s Who meets us in the storm and our response that makes the difference. There was a point when Brant Lindsey faced storms, and his life started to unravel. He had been married for 19 years and had two sons. After, he got a construction job working out of town, and things quickly went downhill.

ALTERING CONVERSATIONS
While on a job, Brant reconnected with a former classmate from junior high. She told him she was going through some difficult times and needed to talk to someone. He agreed to go to dinner with her, not seeing any harm in one conversation. One conversation led to a motel room.

He went home and told his wife about the affair, then told her he wanted a divorce. She cried as he had broken her heart. He felt so ashamed for what he had done. She told their sons what had happened, and he could see the pain it caused them. He thought he was unworthy of such a good family and could only see one way to fix things—he was going to commit suicide.

He walked into the bedroom and pulled his pistol from the bedside table. He recalls, “I couldn’t shoot myself in our house with my family inside. I needed to go outdoors.” He hid the gun in his pocket and walked past his wife through the front door.

As he made his way around the front of the house, the mailman arrived and wanted to talk to Brant. The family had lived in the house for 15 years, and a mailman had never done that before. He invited Brant and his family to church the next morning. Brant tried to brush him off, but the mailman started pleading, “Please, please come to church.” Brant thought about the gun in his pocket, and he told himself he would just do it later.

Brant went back into the house and told his wife they were going to church the next day. Again, she cried. She told him she had been praying for this—praying for them. He was not a Christian, then. Prayer was not even on his mind, but the family went to church. Then, they went again for the next three weeks.

A HEART SAVED
On the fourth Sunday, the pastor preached on John 3:16 (ESV), “For God so loved the world, that he gave his only Son, that whoever believes in him should not perish but have eternal life.” When the invitation came, Brant sat frozen, white-knuckling the pew in front of him. Those words stayed with him as he left for another off-site job the next morning.

On his first night in the motel he heard something within say, “Brant, there’s a Bible in that dresser drawer. I want you to go and get it.” He pulled open the drawer and found a blue Bible from The Gideons International.

He read Luke 8:22-25 and the story when Jesus calmed the storm. He felt Jesus tell him, “Brant, if I can save these disciples from this fierce storm, I can certainly save you from your sins. Just yield to Me.”

He placed the Bible on the bed and fell prostrate on the floor before the Lord. Weeping, he surrendered his life to Jesus Christ. “He rescued me from my sins that night, and I’ve never been the same. I called my wife and told her the amazing news. Our family started regularly attending church, then Sunday School. We were there every Sunday after that decision,” Brant joyfully recalls.

Triumph and tragedy would follow these days. When Brant’s son was 17, he and his cousin were led to Christ by their youth pastor. A year later the cousin was killed. Eight months later Brant’s son was killed. Brant cried out to the Lord, not understanding why this would happen. Their local church rallied around the family. During the darkest time in their lives, God was a tangible presence.

“When I think about storms, I think about the passage God used to lead me to Himself. He knew I would face storms in life. He knew that I needed a Helper to get through them. I believe with everything in me that there is no help like the Lord Jesus,” says Brant. God sought him and found him. God called him and saved him. God healed him and wrapped him in His loving arms in that motel room. “I look forward to the day when I can meet my Saviour face to face,” says Brant. He looks forward to this day because he has experienced firsthand the Saviour in the storms.

Brant is currently involved in a prison ministry and knows it is rewarding to carry the name of Jesus into the jails and see inmates come to faith in Christ.